Pop Goes the Super Bowl: 10 Times the Top 40 Touched Down at Halftime 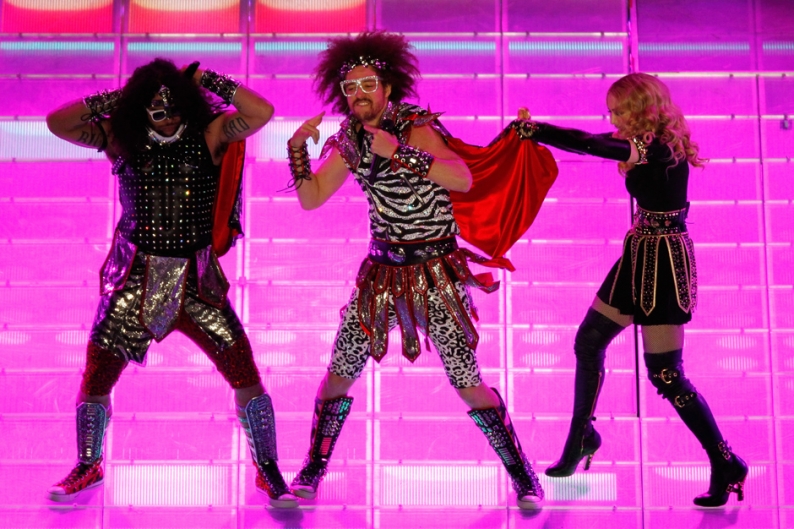 If you started paying attention to the Super Bowl halftime show after 2004, you could be forgiven for thinking football’s big event is inextricably tied to heritage-rock acts like U2, Paul McCartney, or the Who. But when the game stopped booking marching bands and dance troupes as its sideshow in the early 1990s, the first musicians to take its extremely large stage were pop stars. The trend halted after the Nip Slip Seen ‘Round the World, but after a six-year run of acts like Petty and Springsteen, the NFL decided to embrace pop once again. Now, after twice besting the 1983 finale of M*A*S*H for most-watched television program in history with a pair of back-to-back bubblegum blowouts — 2010’s Black Eyed Peas space spectacle and 2011’s Madonna-M.I.A.-Nicki Minaj à trois — the ratings hounds behind America’s biggest sporting event are going for a threepeat, bringing in Beyoncé for Super Bowl XLVII next February. In honor of the decision, SPIN took a trip through the halftime hall of pop, noting the booms and busts that came with each act. CHRIS MARTINS and KYLE McGOVERN

When: 2012, Super Bowl XLVI, New York Giants (W) vs. New England Patriots (L)
Who: Madonna, M.I.A., Nicki Minaj, LMFAO, Cirque du Soleil, and — sigh — Cee Lo Green
Boom: The Queen of Pop delivering a thoroughly entertaining spectacle that showed a Madge-weary world why she’s still breaking records on the road in her 50s (plus, Nicki Minaj dressed up like a cheerleader).
Bust: Maya delivering the bird (around the 7:50 mark) to a ratings-smashing record number of viewers — 114 million — in a desperate attempt to offset her plummeting revolutionary cred. And, sigh, LMFAO.

Maroon 5 Is Almost Certainly Performing at the Super Bowl