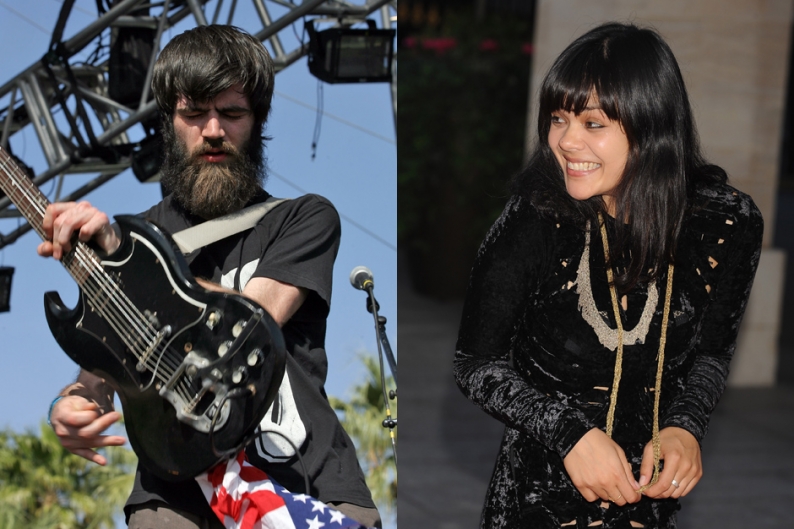 Another Monday, another bounty of streaming albums for your immediate listening pleasure.

1) …And You Will Know Us By the Trail of Dead, Lost Songs. “Get lost in the spiraling riffage, soak in the classically melodic vocal lines, temptation to smash things.” (via SPIN)

2) Bat For Lashes, The Haunted Man. “For all its dark and mysterious overtones, Natasha Khan’s music lets rays of hope and joy leak out of every shadow.” (via NPR)

3) Titus Andronicus, Local Business. “Everything Stickles sings sounds like a mission statement, and his band hits musical high points to match the manifestos.” (via NPR)

4) Sky Ferreira, Ghost EP. “Tarantula-licking and lipstick-smearing work in concert with the crunchy … guitar riffs to bring about the perfect ratio of sex to danger.” (via Sky’s Tumblr)

5) Paul Banks, Banks. “When I was on the road with Interpol for the last two years I took my laptop and any downtime I had was spent working on music.” (via Drowned In Sound)

6) Sinkane, Mars. “For such a multifaceted album, Mars feels personal, in part because most of the instrumentation and nearly all of the vocals come from one man.” (via NPR)

7) Tussle, Tempest. “The result is a cohesive, pulsing thing … The album shakes off all ghosts and is Tussle’s most concise and pleasurable work.” (via The New Yorker)

9) Nautiluss, Habitat. “[The Tiga signee is] working with a harder-edged, grittier brand of techno, while still maintaining his previous EP’s inherent funkiness.” (via XLR8R)