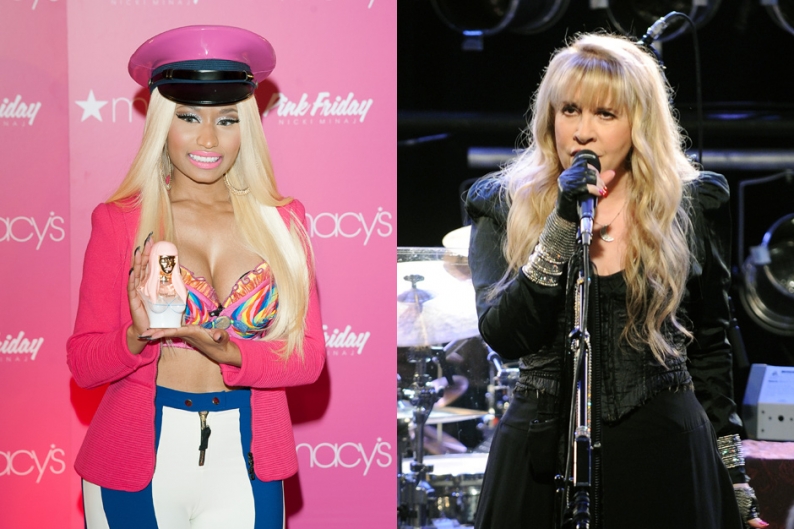 So here’s what you’ve missed. Following Nicki Minaj’s inspired curse-out of Mariah Carey about a week ago, Barbara Walters, via The View, claimed Carey told her that several people heard the Young Money rapper mutter as she left the American Id set, “If I had a gun, I would shoot the bitch.” Whoa. Carey, then, hired security to protect her from her fellow judge.

Also, Fleetwood Mac singer and onetime Idol coach Stevie Nicks added her voice to the scandal with appropriately ratchet aplomb, telling The Daily, “How dare this little girl! If I had been Mariah I would have walked over to Nicki and strangled her to death right there … I would have killed her in front of all those people and had to go to jail for it.” Way to give her the tusk!

This of course happened while virtually everyone else in the world was doing something more important, as did Nicks’ inevitable apology, which comes to us courtesy of The Hollywood Reporter and goes a little something like this: “I want to apologize for my remarks about Nicki Minaj’s behavior toward Mariah Carey which I said during a long and exhausting day of interviews. It was very out of character for me and I deeply regret what I said. I feel very protective toward Mariah Carey who has gone through many difficulties in her life and I spoke without thinking. I think all artists should be respectful toward one another and that includes me. I am truly sorry.”

“You can go your own way,” Nicks should have said but didn’t.