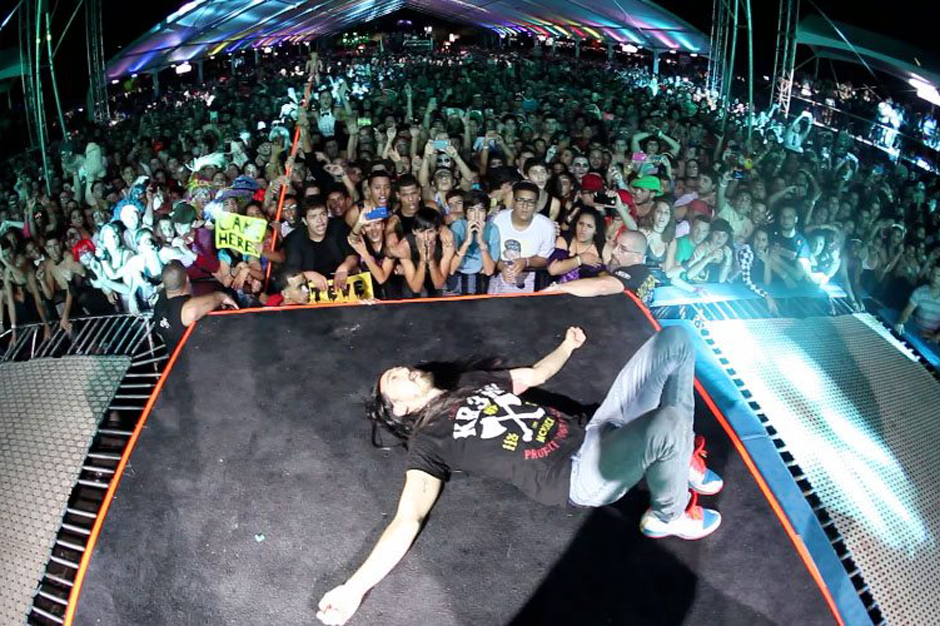 Steve Aoki loves to soar above the crowd, whether riding an inflatable rubber raft or simply diving over a melee mustache first. But the Dim Mak honcho’s acrobatic inclinations were thwarted this past weekend at a performance in Puerto Rico when an ill-considered trampoline jump sent him ricocheting against the side of the stage, reports In the Mix. (Insert EDM-themed “drop” punch line here.)

The rambunctious producer of “Dangerous” and “Emergency” emerged more or less unscathed. “I wanna let everyone know that I’m A-OK!” he tweeted upon his return from the emergency room. (Fittingly, Aoki was wearing a KR3W “Protect Your Neck” t-shirt when it all went down.) “Went to hospital got CT Scans and no spinal injuries from my stagedive trampoline fail!” He even went so far as to post a “blow by blow” photographic account of the mishap, along with a photo of himself in the ER, arms still outstretched. We would worry that the fall had caused him to get stuck in that position, but as this gallery attests, Aoki’s arms are always in that position.