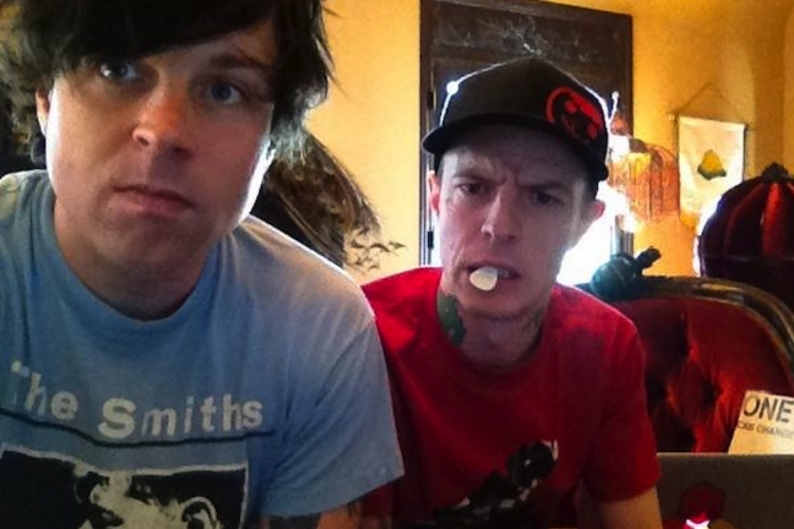 What do you get when you cross Ryan Adams with Deadmau5? “BladeRunner starring Don Henley,” according to Adams’ Twitter feed (via Pitchfork), where the singer-songwriter announced he’s working on something with the EDM wunderkind and tweeted pictures, including the one above, to prove it. Deadmau5 echoed the sentiment, responding with an Instagram of “@theryanadams singin words n shit.” Guess Deadmau5 isn’t as opposed to “big name” collaborations as we thought.

Adams is supposed to be busy producing the Lemonheads right now, but per the photos he’s hanging with his fellow social-networking-oversharer, wearing a Smiths T-shirt, and singing in a room that includes a massive peacock, a Les Paul, and an album of indeterminate origin labeled “One Shoe.” There are copious candles present. Dude, just tell us what you’re doing. 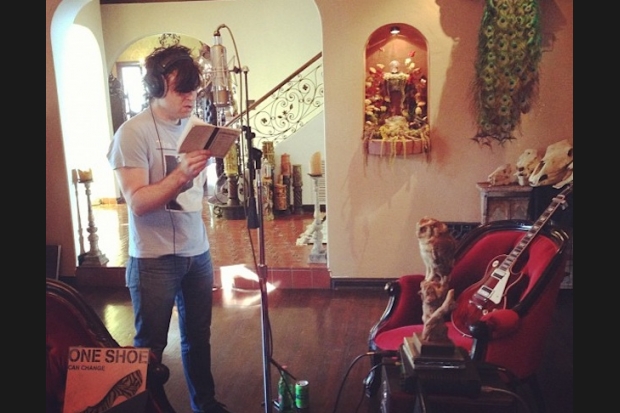