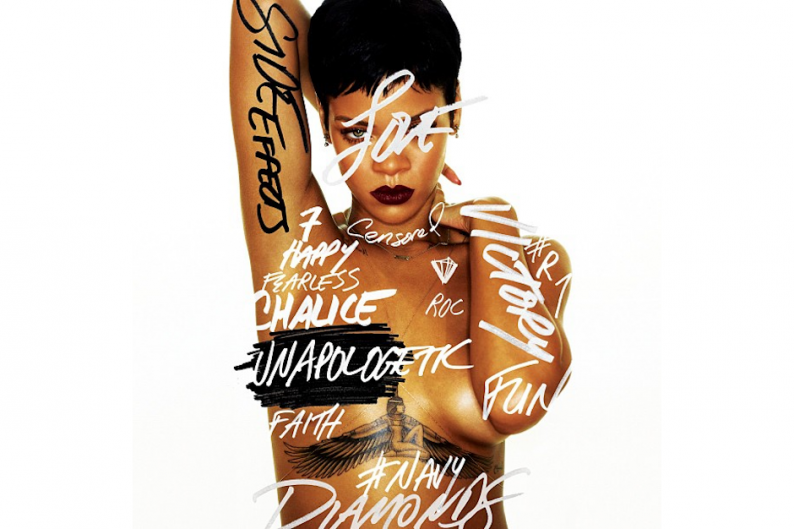 The title of Rihanna’s seventh album is written on her skin. “My NEW album ‘UNAPOLOGETIC’ will be released on NOVEMBER 19th WORLDWIDE #Navy,” the Barbadian pop phenomenon announced via Twitter, after tweeting an album cover with that word inked over her naked body. Other words scrawled in the Unapologetic art include “Side Effects,” “Love,” “Happy,” “Censored,” “Roc,” Victory,” “Fun,” “Fearless,” “Chalice,” “Faith,” and “#Navy.” Written at the bottom is “Diamonds,” the title of Rihanna’s most recent song, so it’s possible we’re getting a preview of the track list as well. If the album title signals a record about Chris Brown, he of the neck tattoo that resembles Rihanna after he beat her up, we might be in a for a long, strange, frustrating winter.