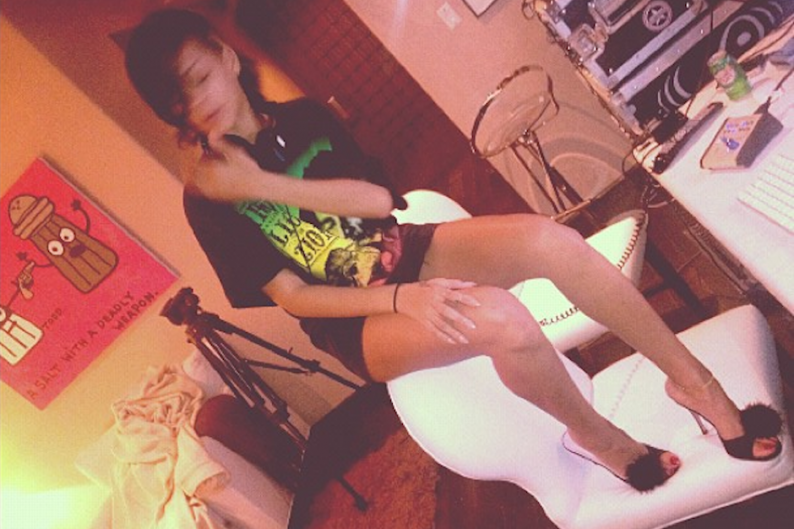 Rihanna’s upcoming album could cost you as much as a new Google Chromebook. Oh, sure, the Barbadian pop queen’s seventh LP, Unapologetic, might also run you only $13.99 or $17.26 via Amazon, depending on whether you buy the standard or deluxe CD/DVD version (both out November 19). As NME points out, though, Rihanna is also offering her follow-up to 2011’s Talk That Talk as a “Diamonds Executive Platinum Box,” due out December 11 at a price of $250.

This “limited edition art piece for a true collector” includes a T-shirt, seven art-print lithographs, and a vinyl record containing remixes of latest single “Diamonds.” Also included are an Unapologetic-branded 2GB flash memory drive, various stickers, and a “handwritten personal note,” plus a 40-page booklet of lyrics and notes. There’s also a white-and-silver ViewMaster stocked with previously unreleased 3D Rihanna images. Okay, that is a lot of extra stuff, if you happen to have the guap to throw around.

Separately, as the Hollywood Reporter notes, Rihanna will be one of five nominees competing for a Best Worldwide Act trophy at the MTV European Music Awards on November 11. Repping North America, Rihanna will go up against Europe’s Dima Bilan, Asia’s Han Geng, and Latin America’s Restart, as well as Africa/India/Middle East representative Ahmed Soultan. It isn’t clear how many of her global rivals can boast their own personally branded flash drives. Ladies and gentlemen, we’ve found a job creator in the music industry’s hopeless place.