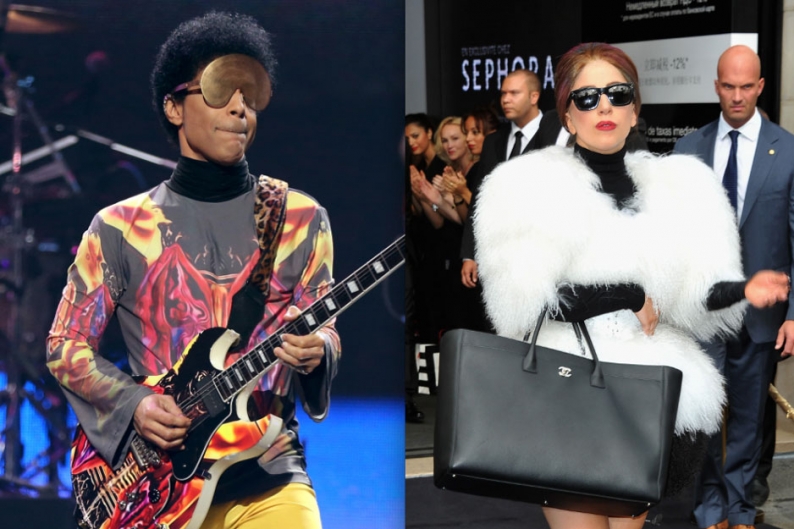 Baz Luhrmann’s films are known for their pageantry, vivid visuals, and anachronistic use of pop songs, so it’s fitting that the director’s adaptation of F. Scott Fitzgerald’sThe Great Gatsby may feature new material from the music industry’s most outsized personalities: Prince and Lady Gaga.

According to The Playlist, Gatsby actress Adelaide Clemens let the soundtrack news slip during a press conference for Silent Hill 3D: Revelation, saying, “Some pretty huge artists have approached Baz and are writing songs for the film, and I don’t think Warner Bros. are going to turn down Prince and Lady Gaga knocking down your door.” She then qualified the remarks with: “I don’t know if I’m allowed to say that.”

Pushed back from its original Christmas 2012 release, The Great Gatsby hits theaters on May 10, 2013. The trailer, below, features The Throne’s “No Church in the Wild” and Jack White’s U2 cover “Love is Blindness.”