Drummer Jeremy Gara confirms band is in the studio 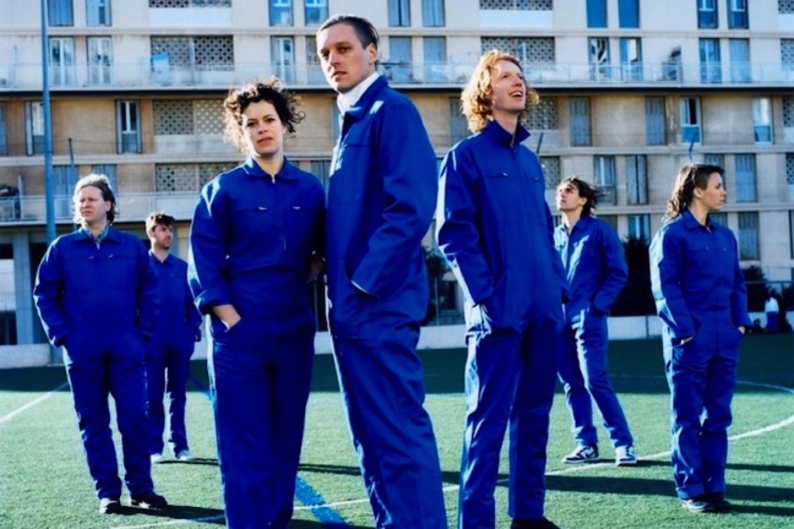 Be sure to add this to your list of 2013’s Most Anticipated Releases: The follow-up to Arcade Fire’s acclaimed and Album of the Year Grammy-winning The Suburbs should arrive by the end of next year. That’s according to Arcade Fire drummer Jeremy Gara, who told Ottawa radio station CKCU that, while not much progress has been made on the record so far, fans should expect the album by late 2013 (via Arcade Fire tube). The news isn’t all that surprising, especially since Arcade Fire performed a post-Suburbs track called “Crucified Again” earlier this month at a small show.

“We’re not that far into a record, but we’ve been working for a few months now. We are under no pressure from record labels or management or whatever to do anything on any sort of schedule. We’re just working. We have no deadlines. It’s kind of coming along,” Gara told CKCU. Work on the album — which may or may not feature some production by LCD Soundsystem’s James Murphy — was halted when the roof collapsed on Arcade Fire’s old studio, but the band has since changed locations and is back it. Gara added, “Now we’re in the studio pretty much full-time just doing what we do. And we kind of shut the door… We’re just working on music and growing beards and living at home a lot and going out to dinner together.” And of course, playing the Strokes in basketball.