“Brazos” is the kind of clip that speaks for itself, but we’ll do our best to add to that conversation. Matthew E. White, if you don’t know, is a Richmond, Virginia-bred singer-songwriter with a real John Lennon vibe going, both in terms of his ambition and his rolling, psychedelic soul music. White is joined by 30 musicians in this live rendition of his new Big Inner LP’s 11-minute closer. “Brazos,” in case you didn’t know, is Spanish for “arms,” and it’s a famously warm pair that he’s cooing about in this spiritually steeped space-out. The performance comes from Raleigh, North Carolina’s Hopscotch fest on September 6, as part of a concert White dubbed, “One Incantation Under God.” Righteous. Catch the fella on the road with Mountain Goats into December (dates after the video). 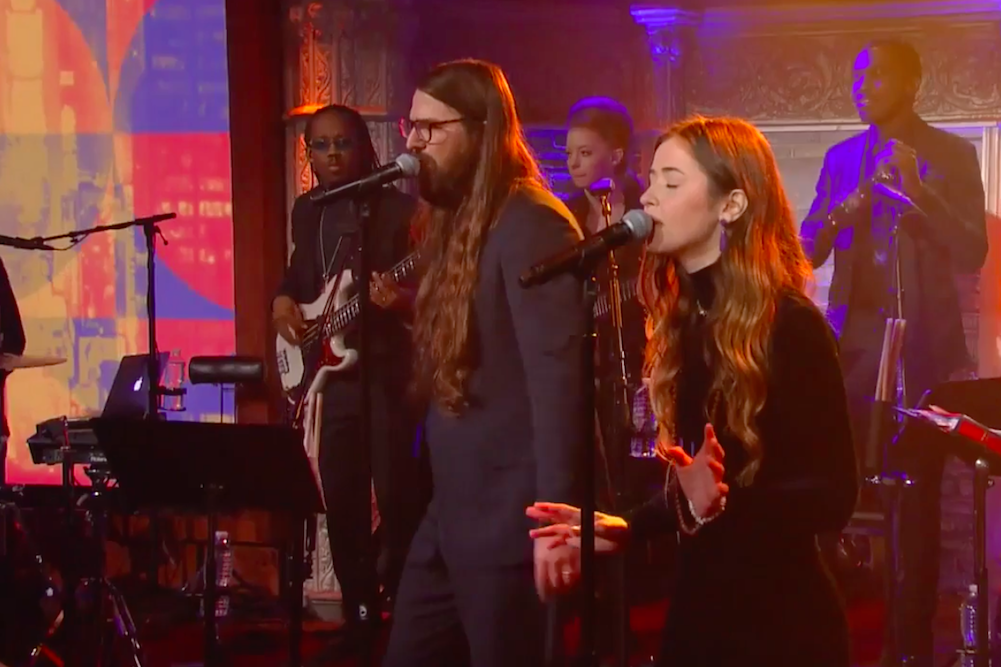