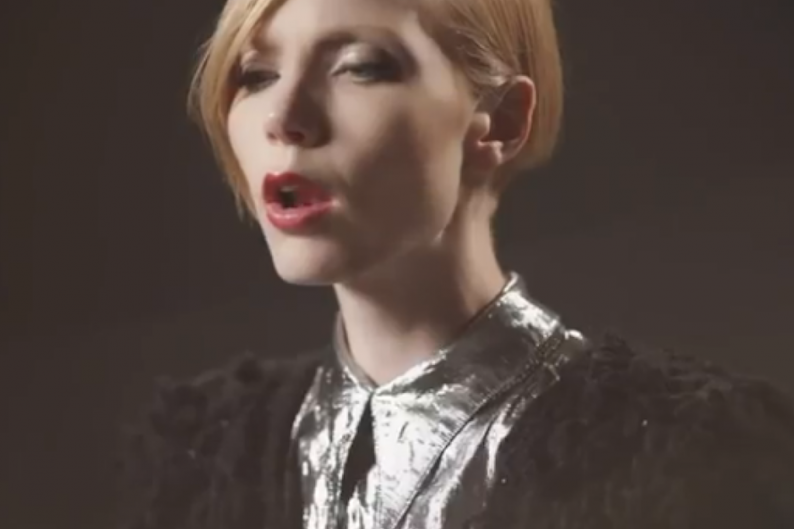 With her angular features, striking makeup, and space-age shirt, singer-songwriter Lissy Trullie bears some resemblance to Ziggy Stardust in the video for “Madeleine,” off her self-titled full-length debut. Directed by Emily Hope, who drew inspiration from other ’60s icons like Nico and Dusty Springfield, the video reflects Trullie’s own androgynous retro charisma. According to Trullie, who named the song after her sister, the video’s long, continuous shots force an “uncomfortable intimacy” between the viewer and those onscreen. Starkly arranged between a drummer girl and stony-faced guitarist, Trullie seemingly fits the part of an awkward middle child.

Lissy Trullie is out now via Downtown Records.