Eyed for 2013, re-releases may include previously unheard material 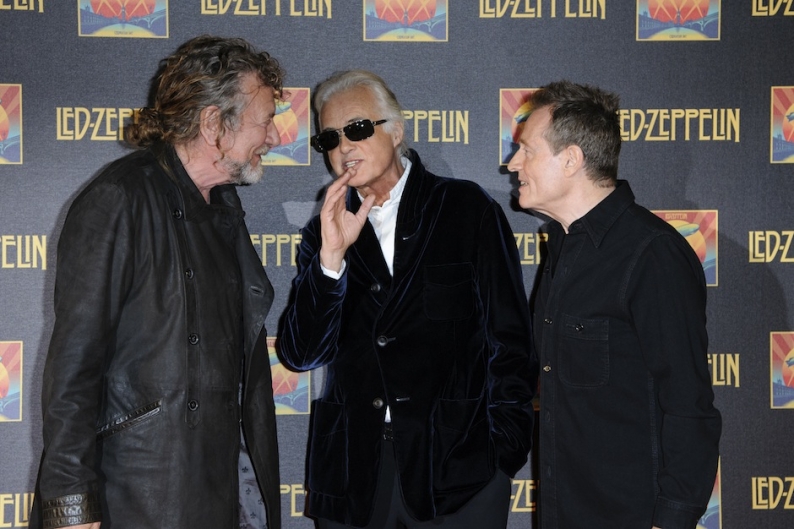 Now that Led Zeppelin’s Celebration Day concert documentary has grossed $2 million in one day, the band is preparing to roll out remastered versions of all of its albums, according to various reports spotted by Blabbermouth.

The Sunday Times reports that Zeppelin guitarist “Jimmy Page is holed up, remastering every Led Zeppelin LP” in a West London studio (the full article is for subscribers only, but you can read it via a cached version). According to Blabbermouth, the remasters are penciled in for a 2013 release and might include previously unreleased material. Page reportedly told Mojo magazine that the remasters are planned as a box set with extras from each album, and the Australian reports that Shepard Fairey is doing the cover art.

Will that be enough to tide over Zep’s ravenous fanbase? It may have to be. Based on recent statements from frontman Robert Plant, a full Led Zeppelin reunion doesn’t seem likely, aside from an upcoming appearance at the Kennedy Center Honors in December. But stay tuned! Brethren classic rockers have found easy ways back to the stage, even after “final” farewells.