Killer Mike on Marijuana Laws and Our ‘Blood Oath’

The fearlessly outspoken MC lays down a challenge 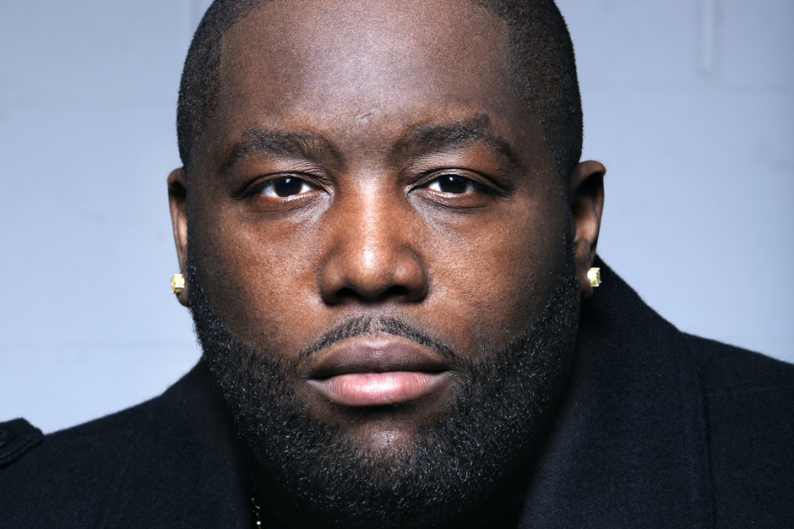 My grandmother took me to the polls when I was literally at her knee. I remember standing in line and looking at the pretty ladies with the pretty legs and stockings sticking out from the curtained booths.

I was a little pervert. That was part of the bonus for going to vote. You got to see legs.

When we would leave the polls, I would ask my grandmother: “What were we doing? Why were we voting? And why was it important who we were voting for?”

My grandparents didn’t like Ronald Reagan and voted against him. There were very heated conversations about him.

The Ayatollah Khomeini’s picture was everywhere, and I was supposed to be afraid.

A lot of things that I’m seeing now feel like repeats of when I was a child. That’s why I don’t believe a lot of the propaganda.

Thankfully, my grandmother took me voting. And when I asked, “Why are you voting?” She replied, “Well, that’s what we marched for, fool.”

I understood from a very young age that the things I enjoyed and took for granted, like standing in a voting booth and looking at pretty ladies’ legs, were things that my grandparents and their parents could never do at my age.

My first and most primal reason for urging people to vote is that voting is a blood oath in America. Our capacity to exercise that freedom was born out of the labor of blood being shed.

African-Americans had to endure slavery and Jim Crow with the dignity to not subjugate themselves to savagery, but to have the audacity to fight for what was right.

If you are a woman, then you have to know that the women’s suffrage movement was violently repressed at a time. You owe it to those sisters to vote on behalf of women to make sure your voice is heard.

Even if you’re a white Anglo-Saxon Protestant male, your struggle goes back to freedom and emancipation from that Union Jack from Britain. A blood oath has been paid in America for you to be able to vote; telling Britain, “We do not agree to pay your taxes, we wish to be free.”

As an American and as a patriot, regardless of class, race, color or anything, I understand that this republic is built on the audacity of a group of people to say that we wish to define freedom in a different way. We wish to be ruled, not by monarchs, tyrants and dictators, but by the rule of public law as set forth by the people based on a Bill of Rights and a Declaration of Independence.

My high school civics teacher, she was mean and she was ornery, and she took civics far more seriously than I thought anyone should. But it really endeared me to this country.

My duty as an American is to fully participate in the American process, and I vote for that reason.

I vote because I am a proud American. I vote because I know this is not a dignity and a freedom that is reserved for other people. And I believe in the system that’s called America.

Additionally, and this is a strange one, I like smoking marijuana.

I believe that it is ridiculous that a plant can be outlawed. I’m actively involved in the political process because I want to support candidates who are progressive.

As you go to the polls, ask yourself which candidate is going to give you something for your vote.

Whatever your thing is, find your thing. Marijuana just happens to be my thing. And I use that in a very passionate way. It keeps me wanting to stay involved in the political process.

I understand everyone is not going to vote. So what I say during my concerts is that the beauty of America is that you’re free not to vote and not to give a fuck.

But I need you to register to vote so we can serve jury duty and begin to weed out some of the bullshit that’s going on in the judicial system.

In the judicial system, money is buying freedom. And if we don’t have it, people — not based on race but based on class and lack of money — are being driven into a prison system that’s now become a system for profit.

We have to vote. We have to show people that we still care as Americans about this precious right we have. We have to show the rest of the world that what we call freedom, when we do it right, can be as close to perfect as you can get.

We have wasted opportunity to show the world what you can do with power besides oppress. We as Americans have become comfortable in going to the mall and watching reality TV, but we need to get excited about being a part of a country in which our will determines the path of this country and not just a small think tank.

My challenge to all Americans is to reassert your right by doing this simple, revolutionary act of going to the polls and making a national decision and having a say in the process.

That’s it. You should vote. I’m going to go smoke a joint now.