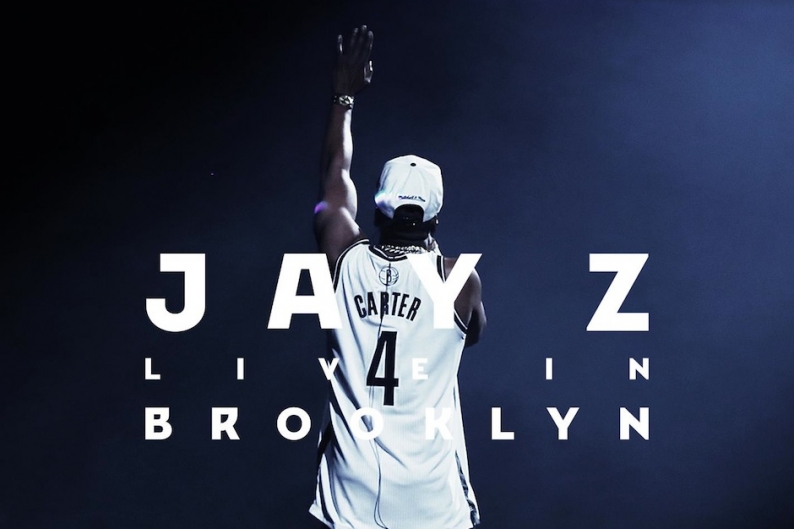 Jay-Z finished up an eight-show stint inaugurating Brooklyn’s new Barclays Center on Saturday night, and he didn’t let the opportunity go to waste. He live-streamed the concert, and tomorrow, as Rap Radar points out, he will be releasing an eight-song LIVE IN BROOKLYN “audio/visual optic EP” recorded at the gig; pre-order it here. But he also invited onstage an unannounced guest, his wife and pop queen Beyoncé, who sang a bit of her 2008 I Am… Sasha Fierce Bangladesh production “Diva” before belting out her 2003 solo single “Crazy in Love” with Jay. Then the two joined forces again as Bey sang the hook on The Blueprint 3’s Alphaville-updating “Young Forever.” It was a triumphant, exultant performance, no less so because Hova arrived by subway. Watch Bey and Jay’s performance below (via Yardie), and then check out a replay of Jay’s full two-hour set (via itsalwaysnew).