'Live at Third Man Records' is part of 'Vault Package 14,' available to fans who sign up by October 31 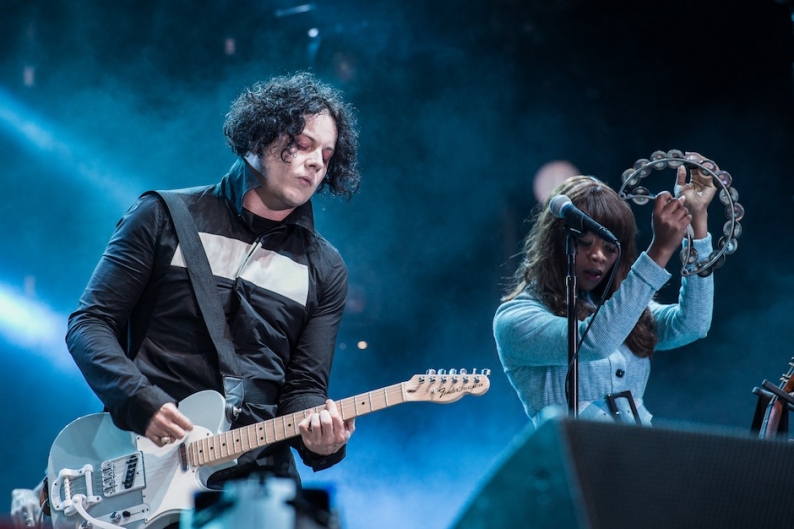 It’s that “Dead Leaves and the Dirty Ground” time of year again. As you shake the decomposing organic evidence of fall from your shoes, sit down and take a listen to Jack White’s shit-kicking version of the vintage White Stripes rocker during his first ever official solo show, on March 8 of this year. It’s the first track from White’s upcoming Live at Third Man Records, a double album from that concert, with one disc featuring White’s all-female backing band, the Peacocks, and the other his all-male band, the Buzzards.

That album, in turn, is part of “Vault Package 14,” the latest entry in Third Man Records’ subscription series. Listeners who sign up by October 31 get the Live at Third Man double LP, plus a 7″ containing demos of Blunderbuss cuts “Freedom at 21,” “Love Interruption,” and “Hypocritical Kiss.” Also: a photo book from the Dead Weather’s 2009-2010 tour.

And finally, there’s “every little breath that is in your lungs,” which, as one of the Peacocks howls on this particular song, “is a tiny little gift to me.” Maybe consider it a Halloween treat?