Godspeed You! Black Emperor Announce First Album in a Decade

Reunited post-rock heroes still doing it on their own, still in love with punctuation 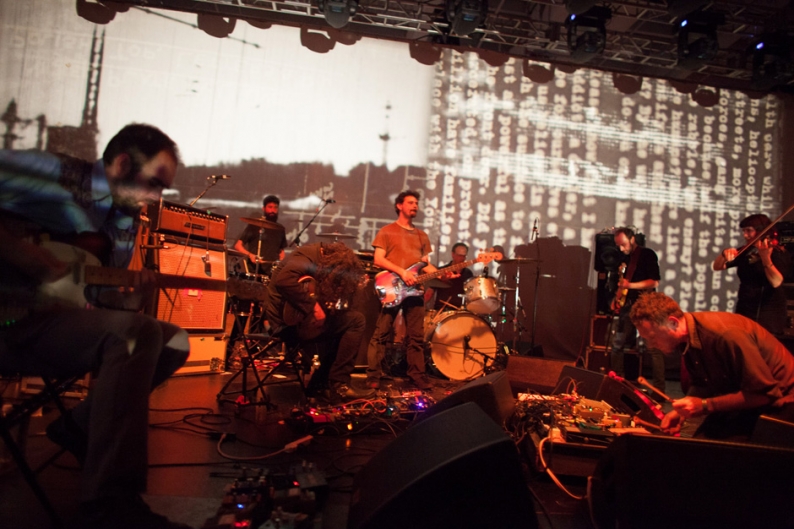 Re-energized, re-charged, and repeating that riff forever — the mighty Godspeed You! Black Emperor have announced their first album in more than 10 years is dropping in mere weeks. Allelujah! Don’t Bend! Ascend!, their first release since 2002’s Yanqui U.X.O., is being released on their own Constellation Records imprint on October 16, and is currently available for pre-order.

The band seems committed to the Internet-era self-sufficiency they were doing in the days when Kickstarter was a Mötley Crüe song. Quoth the press release:

Never a band to care for conventional industry wisdom, Yanqui was released with no publicity or press availability, no marketing plans, no cross-promotions or brand synergies, driven by word-of-mouth from a passionate and committed fanbase galvanized by the group’s sonic vision and its dedication to unmediated, unsullied musical communication. To suggest that such simple principles and goals have become harder to maintain and enact a decade later is an understatement. For all the contents and discontents — for all the “content” — of our present cultural moment, the very idea of circumventing the glare of exposure or the careful plotting of media cycles and identity management appears futile. But Godspeed is looking to try all the same. The band wants people to care about this new album, without telling people they should. They want people to experience the thrill of anonymous and uncalculated transmission, knowing full well that these days, anti-strategy risks being tagged as a strategy, non-marketing framed as its opposite, and deeply held principles they consider fundamental to health as likely to be interpreted as just another form of stealth.

So we’re guessing they’re not gonna call us to see if we wanna post a “lyric video,” huh? Anyway, we said their last New York show featured “the lushest, most layered, most dynamic, most majestic drone you’ll ever hear in your life,” but they’ll want you to discover these joys on your own when this thing drops in a few days.