Watch Gary Clark Jr. Tear Through ‘Third Stone From the Sun / If You Love Me Like You Say’ 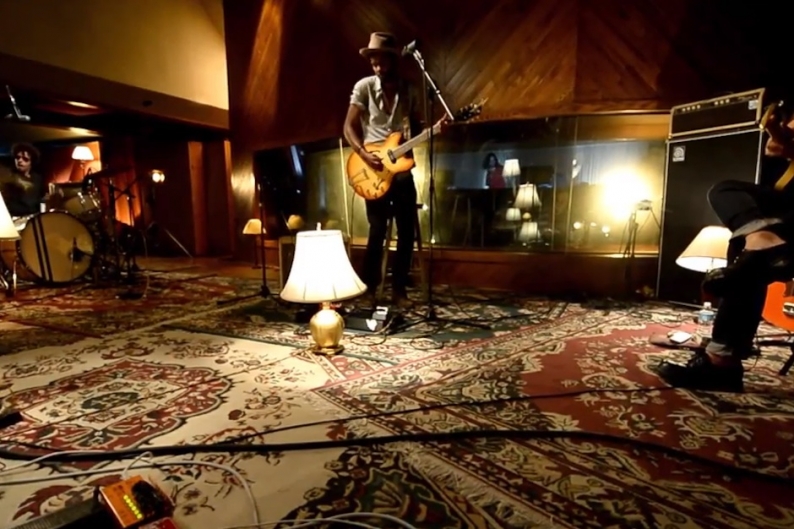 A month ago, we posted footage of festival king Gary Clark Jr. performing “Numb” at Wille Nelson’s studio in Spicewood, Texas, just outside his hometown of Austin. That song was a cut from his then-forthcoming debut full-length, Blak and Blu, out last week via Warner Bros. Below, watch Clark Jr. unfurl another, “Third Stone From The Sun / If You Love Me Like You Say,” a nearly ten-minute guitar-meditation cover of tracks by Jimi Hendrix and Little Johnny Taylor. And as he recently told us, this is the short version:

“At first I was like, ‘Leave it as the 20-minute version,'” he recalls of one discussion with producer Mike Elizondo. “I’ve been playing it that long for about eight years. But he did some really cool cuts. I realized I am one of those artists where I lose sense of time when it comes to record-making. You can’t do a 20-minute version on a record.”