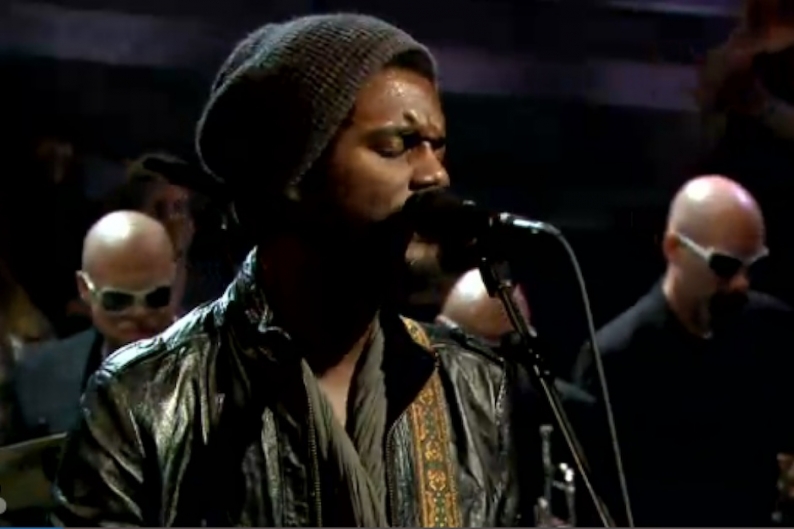 Gary Clark Jr. has been on a tear this week. First he performed two short sets at last weekend’s Bridge School Benefit, then his new album Blak and Blu dropped, then he stopped by The Tonight Show With Jay Leno. Last night by popped up on NBC again — albeit a few thousand miles east — for a performance on Late Night With Jimmy Fallon.

The Tupac-inspired bluesman, his backing band, and his bald trio of horn players performed two Blu cuts for the Fallon audience: “Numb,” and as a web exclusive, the album’s opening cut “Ain’t Messin ‘Round.” Hopefully after this, Gary can go home and take a long nap. He deserves it. Check out both performances below: