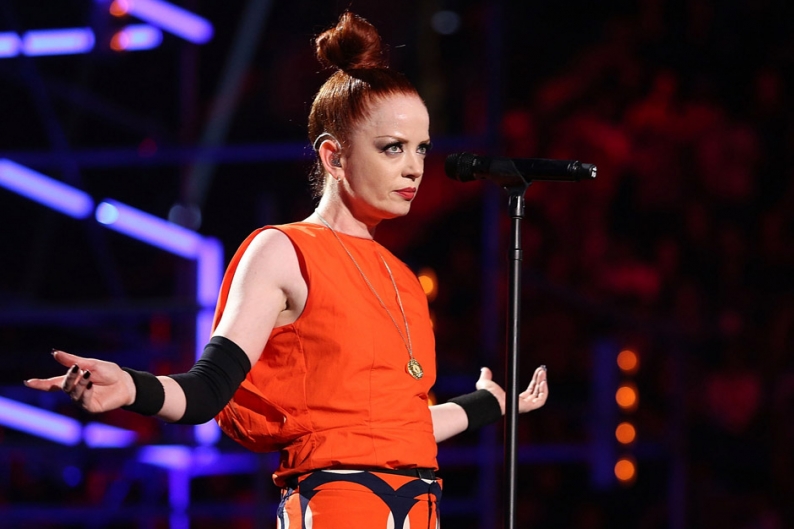 Don’t call Garbage paranoid. A “drunk” Shirley Manson imposter hacked the band’s official Twitter account Wednesday morning, and sent out hundreds of inappropriate tweets — including spam, phishing links, and calls for “really attractive girls” to post pictures of themselves — to the band’s 55,886 followers.

“Getting a lot of questions about what I’m drinking. Is it that obvious that I’m drunk???” the troublemaker posted. “Vanilla malt and a few coolers 🙂 … There will be whipped cream and Shirley for all.”

The imposter eventually abandoned the charade to fire back at users who’d become wise to the hack: “All you people saying I’m dumb. I’ve made over 19 dollars by spamming ad.fly lins. I hack twitters and spam them great money.”

The unauthorized tweets have since been deleted and Garbage has issued an apology via Facebook. “Darklings! We’ve regained control of our twitter! We are so sorry it took so long but we are in South America and we were sleeping while this was taking place,” the statement reads. “Please accept our sincere apologies for flooding your feeds!”

Manson’s no stranger to Internet harassment. As the Daily Beast reported earlier this year, the Scottish singer was the target of death threats and hate tweets, published just one day after Garbage released Not Your Kind of People, their first studio album since 2005. The source of the vitriol, a Twitter account labeled @Gunn2urhead, accused the red-headed siren of cheating on her husband, lying, and being a witch with the power of telepathy.

In June, Manson told SPIN’s Chris Martins, “It’s unhealthy for people to never express any kind of negativity or doubt. To have balance, you need to address that side of your thoughts as well as the positive. Otherwise, you tend toward crazy.” Read the full Shirley Manson profile, in which she talks sexiness, cutting, and Garbage’s latest record, here.