"I'm working on a lot of music," he says in a new statement posted to Tumblr 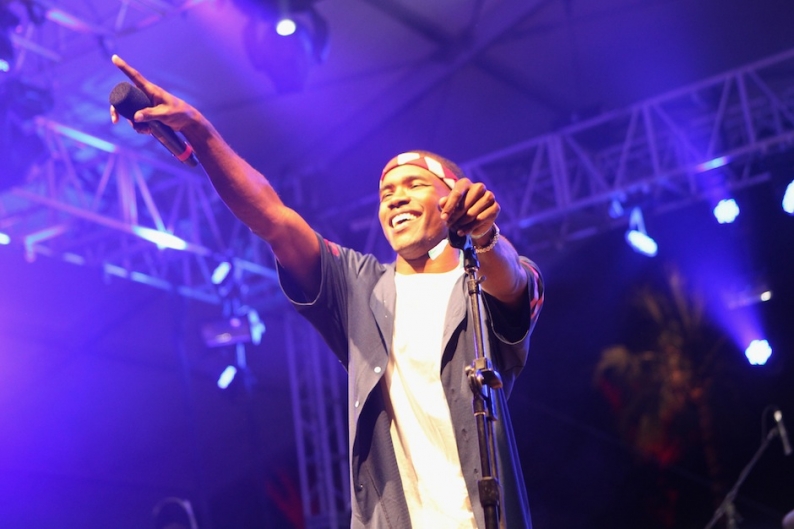 Frank Ocean last posted a TextEdit-style letter on his Tumblr way back on Independence Day. It was a tender, nuanced, and deeply moving account of his first love (a man), and in hindsight the best possible preface to the R&B-steeped singer and songwriter’s Essential album, channel ORANGE, which arrived early several days later. In the wee small hours of this morning, on Boss’ Day, Ocean flexed his TextEdit-to-Tumblr skills again, with a post that’s less momentous but no less riveting.

The big revelation this time is not much of a revelation at all: Ocean merely confirms that he’s been recording with Jay-Z and Pharrell Williams. (Pharrell surfaced photos of the trio in the studio via Twitter earlier this month.) He writes, “I sat in the studio days ago with Jiggaman and Pharrell. Pharrell looks 19. They seemed like old friends. I wonder how many trophies are lodged in their minds. I wonder why they still build.” Ocean previously sang on Hova and Kanye West’s head-smashing Watch the Throne opener “No Church in the Wild,” and he collaborated with the Neptunes half on channel ORANGE’s “Sweet Life” (which tellingly features the jazz-funk instrumental work of Charlie Hunter, who also played on D’Angelo’s Voodoo).

What else we now know for sure: Ocean is keeping the songs flowing. “I’m working on a lot of music,” he concludes. “I’m gonna get back to that now. Good night moon.”

That last line, an apparent nod to the classic children’s book Goodnight Moon, gives you an idea of the rest of Ocean’s wide-eyed, stream-of-consciousness, fairly Based-seeming note, which you can read below or in a bigger font here. A key theme is how he’s “no better than the next man” (a cryptic, even more recent post refers to “illusory superiority”). Ocean also discusses his ideas for a novel, for possibly moving, and how he fell for someone new. “All I really have to say is that love is all there is,” he writes, and the way he says it, it’s hard to argue.

If you haven’t yet, read SPIN’s pre-channel Orange profile of the Odd Future dreamboat here. 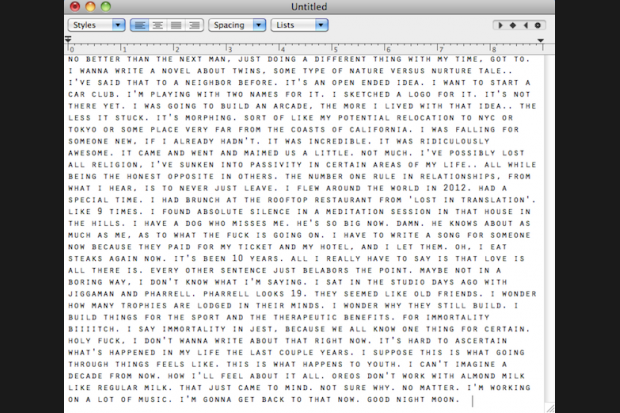