Embattled singer adds: "Don't call me frail. I'll beat the hell out of you." 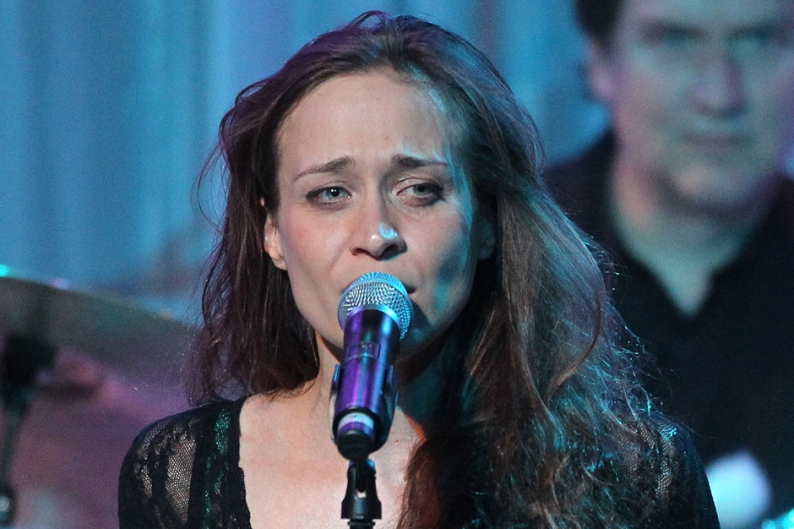 Following her weed arrest in September, Fiona Apple has been gradually getting on top of the resultant drama. Last week, she cleared the air surrounding her bizarre rant about being mistreated by Texas police, and at Saturday night’s Clearwater, Florida gig, she spoke out against the tabloids who’ve been dragging her name, and her body, through the muck.

As Pitchfork points out, now that the drug chatter has died down, sites like TMZ and Perez Hilton have shifted attention to Apple’s weight, an issue that music press left behind at least a decade ago. But alas, we have headlines emerging like “Fiona Apple: Worn Thin” or “Fiona Apple Scares Us With Behavior! Experts Weigh In!,” and FiFi ain’t having it.

“Perez Hilton, TMZ, whoever you represent: I’m not invulnerable to this stuff,” she said. “I’ve been around for many years, but it hurts. I didn’t need to hear that I’m 90 years old just because I didn’t have a facelift in the last seven years. I’m fucking losing weight because I’m having trouble digesting food because your guts are connected to your brain and I have a lot of stress in my brain.

“So lay off with that stuff because it hurts my feelings,” she later added. “That should be a good enough reason. Stop hurting people’s feelings, stop bullying people because you were bullied. I know that that’s not what you are. It can’t be. Please stop hurting my feelings, because it really fucking bothers me. Seriously. Please stop. It doesn’t matter what I look like!”

She had words for Perez, whose aforementioned article quotes a nutritionist and a psychotherapist: “To hire ‘experts’ to comment and say that I am sick is totally, totally irresponsible, and dangerous, and you should know better, and so should everybody who’s talking about me like that. And I’m not on any drugs. I had some bourbon before I came out here. I’ve always been honest.”

Apple said she’s given away her computer after “trying to keep track of all the fucking things that are said.” You can watch her entire measured, cross-legged statement below. Also, according to Tampa Bay Online, she had one more thought to add that wasn’t included in the clip: “And another thing, everybody. Don’t call me frail. I’ll beat the hell out of you.” Noted!