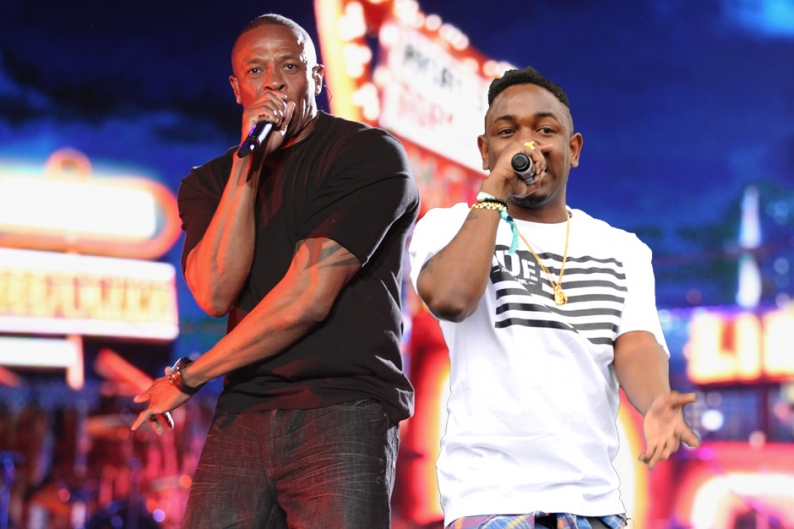 Los Angeles’ great rap hope Kendrick Lamar drops his major label debut, good kid, m.A.A.d. city, on October 22, but you can hear the Dr. Dre protege’s second big collab with his mentor now. “Compton” starts off with a Blaxploitation-flavored soul loop and some patently West Coast blunted beatwork. For his first verse, Kendrick is in Stones Throw mode, a braggart in a backpack with a gift for wordplay. By the end, he’s pinching his throat and trimming his bars to sound like Eminem. Dre dances all over the Just Blaze-produced track, and drops a clutch shout-out to his late colleagues: “2Pac and Left Eye, Eazy and Aaliyah / When I see you we gonna test drive a Lambo in heaven.” Meanwhile, the sung vocals vacillate between Nate Dogg cool and D’Angelo hot, closing with a heavily Vocoder’d nod to Roger Troutman.

“Compton” is available via iTunes now, where you can also see the entire track list for the deluxe version of good kid, m.A.A.d. city, which includes Kendrick and Dre’s earlier So Cal-celebrating team-up, “The Recipe.” Also revisit the sleekly intoxicating “Swimming Pool (Drank)” video.