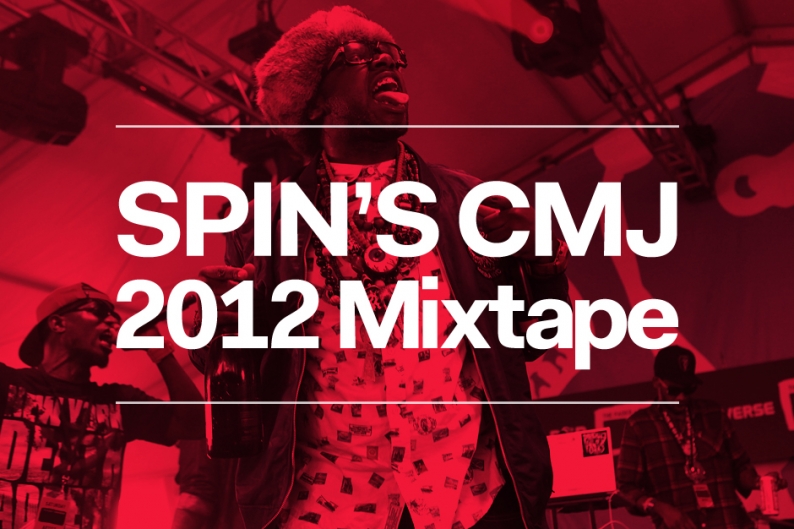 The 32nd annual CMJ New Music Marathon has officially descended on New York City, bringing its usual swarm of buzz, bloggers, bands, and laminated badges. Somewhere in the 1,300 artists playing this year there’s the next Sleigh Bells, Surfer Blood, or Gotye — someone with a silly name that you’re going to see written on the Internet a lot. To help prepare yourself, here’s a massive zip drive of 46 up-and-comers: from gnashing of-the-moment indie rockers (Diiv, Merchandise) to rising rappers (LEP Bogus Boys, Mr. MFN eXquire) to fashionable buzz-binners (Poolside, Sky Ferreira) to whatever “galactic electro yacht” is (New York’s own Chrome Canyon). Stuff your Nano now, brag that you were there later!