Dan Deacon on Making Sure Your Vote Counts

Dan Deacon is ambivalent, but not about the importance of making a choice 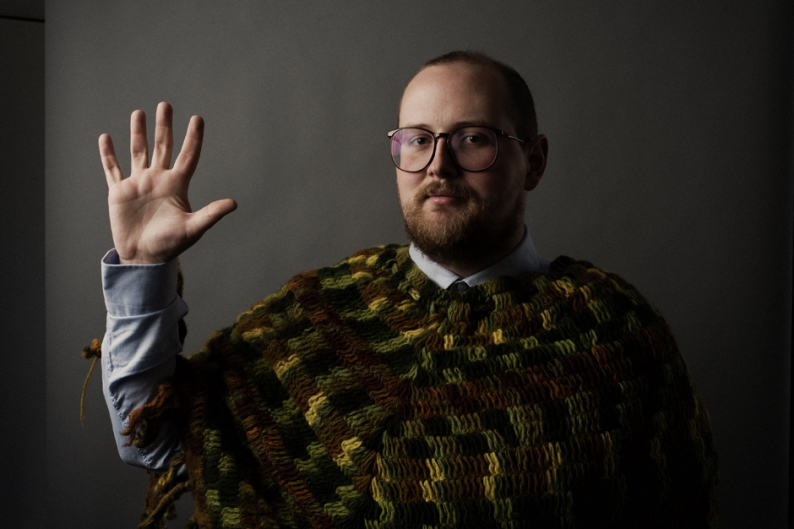 It’s hard to believe that someone on the fence or determined not to vote is going to be swayed by some musician or band while reading SPIN. But something that is important for me to remember, as someone who once shared that ambivalence towards voting and my country, is that I can’t simultaneously critique the system and not participate in the democracy we are a part of that supposedly makes up the system.

How can I complain about the eroding rights and liberties I have if I don’t exercise the [right] that ensures the existence of the others? How can I complain about a one-party system that pairs two evils against each other (so that I hope the less shitty-evil corporate pawn wins) if I don’t participate in the process to change that very system? I find it so easy to become apathetic to the problems in our country-culture.

It’s comforting to think I exist outside of the system or the culture. It’s easier to see these problems as something external from my life, something I watch from the outside, rather than exist within. But that is a farce, a lie I tell myself to try to deal with the ever growing pile of stress and worry that trying to grasp my role as a citizen and child of a declining imperialist empire brings on. It seems like such bullshit to think that voting can make a difference, but isn’t that the entire point of this system of government? Aren’t we conditioned to think that voting is a fucking waste of time? Isn’t that the very goal of the oligarchs? It is, and they did a fucking amazing job. I think it’s massively important to vote and represent your demographic. I don’t care if people vote for Obama or Romney or Daffy Duck or acid Daffy Duck but it’s important to vote.

Also, voting isn’t only about making some rich person president. State and local elections are very important, if not even more so, than the presidential election. In my state of Maryland there are several issues on the ballot that I think are very important. “Question 4″ is a vote to keep or remove the Dream Act on the line and “Question 6″ is asking us to keep or remove the Civil Marriage Protection Act for marriage equality. It would be awful if these progressive achievements were removed because more asshole bigots went out and voted than did people who want to live in a more liberate and equal society. In states where women’s rights and environmental issues like fracking are on the ballot it’s vital that people get out and vote.