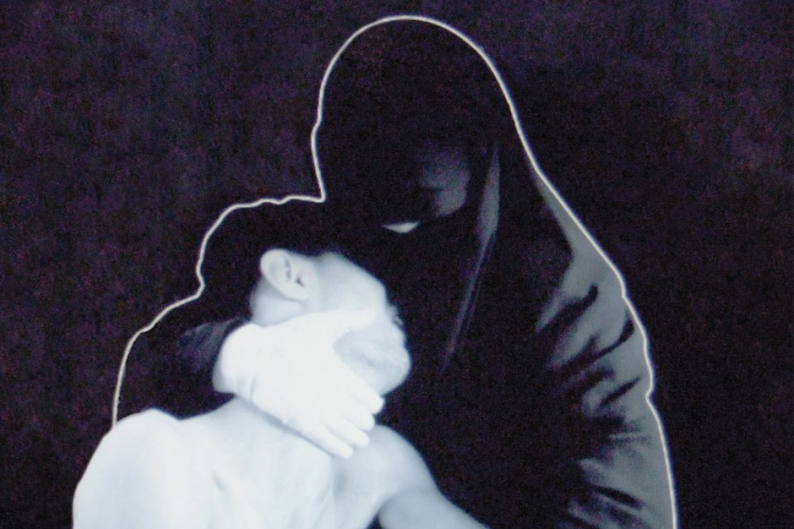 Crystal Castles’ songs, even when they were of the chirpy 8-bit variety, have always been dark and implicitly violent. Consequence of Sound points to live footage of the Canadian duo performing a new one live in Denver this week, and what’s most striking is how comparatively blissed out this neo-rave floor-stomper is. The glowsticks in the audience don’t look out of place, and it’s easy to imagine dancing to this joyfully rather than with a tinge of mosh-related anxiety.

That might have something to do with the absence of Alice Glass’s ever-peircing banshee wails on vocals, as the track appears to be instrumental. But the brighter colors are in producer half Ethan Kath’s four-on-the-floor clatter, too, its busy percussion coming closer to the rock-informed disco of DFA Records than we’ve heard before from these two. If the YouTube submission is correct, the track is “Telepath,” from Crystal Castles’ upcoming but delayed third album, (III).

CoS and Pitchfork both report that the LP’s release date, originally set for November 5 digitally and November 6 physically in the U.S., has been pushed back a week. Amazon’s website confirms the album will be out physically in the U.S. on November 13. Advance tracks “Plague” and “Wrath of God” have already surfaced, and though the latter is almost Twin Peaks-romantic at points, both songs ultimately bring the foreboding as you’d expect.