Desert Windfall: Coachella Pulled in $254 Million for California Region in 2012 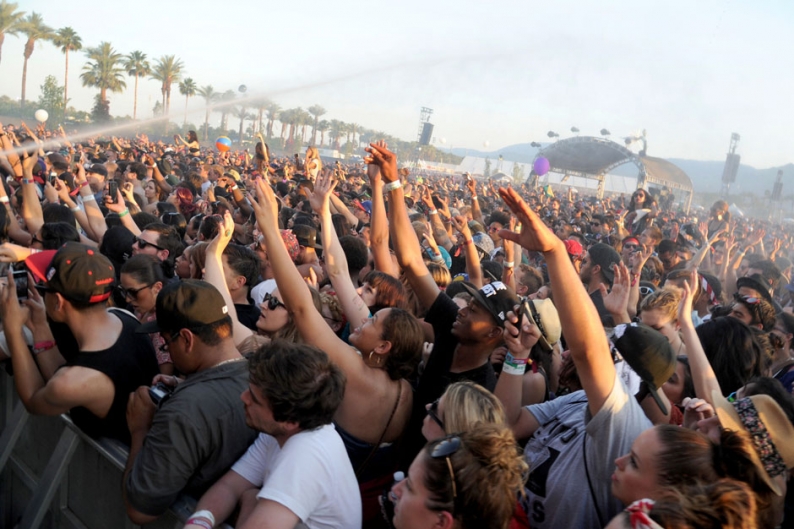 Concert promoters Goldenvoice can make a solid case for extending Coachella’s residency in Indio, California, through 2030. An economic impact analysis presented at the Coachella Valley Economic Partnership’s summit on October 25 revealed that the music festival hauled in $254.4 million for the desert region over two weekends in April this year, with more than a third of that going directly to Indio. The city enjoyed an additional $1.4 million in tax revenue since Coachella-related campground fees became subject to the hotel tax, which surged 31.2 percent as a result, the Desert Sun reports.

If the concert showcase were to stretch into autumn, the West Coast valley’s profits would double, generating $504.5 million across the entire region. Indio would claim $176.9 million of those earnings, the analysis projects.

“In every sense of the word, the music festivals follow the tourism business model,” said Michael Bracken, a managing partner at an economic development strategy firm in Palm Desert, California. “The valley imports money and exports wonderful memories to those that visited.”

Goldenvoice’s contract with Indio expires in 2013. Coachella 2013 will take place over two weekends, from April 12 to April 14 and then April 19 to April 21. After that, to avoid a proposed event tax, the festival has threated to cancel its 2014 bill and relocate — and the sea’s the limit. The inaugural S.S. Coachella cruise sets sail to the Caribbean in December, with headliners Pulp, Hot Chip, Yeasayer, and Girl Talk aboard.