Christina Aguilera Does Not Care for Your Opinion, Buttf**k, U.S.A. 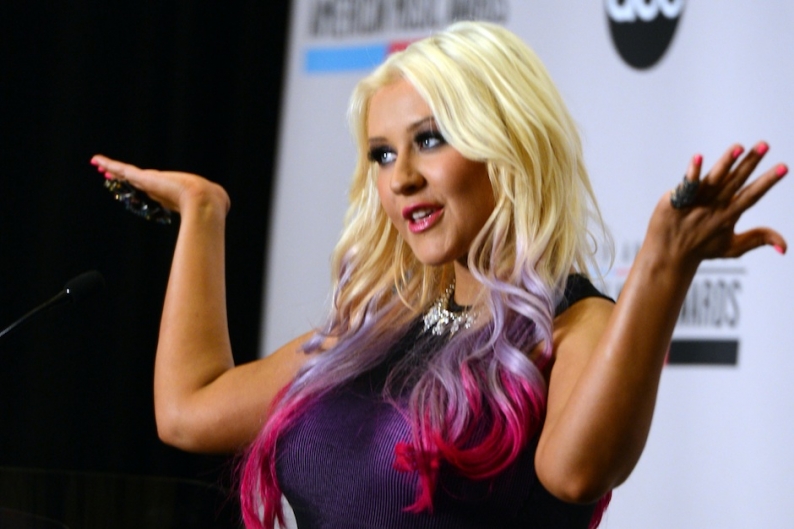 Prince once sang “All the Critics Love U in New York.” And according to Christina Aguilera, “All the Critics Hate U in Buttfuck.” The Voice judge and blonde-shell of a pop star made some colorful comments this week during an interview at the Billboard/Hollywood Reporter Film & TV Conference, where the singer had a few thoughts about the bloggers and tabloids that haven’t really been on board with her recent career decisions. “Now everyone is a critic. I don’t read blogs. It’s just God-knows-who in Buttfuck, wherever writing hate shit,” Aguilera said. “You can’t take it seriously. I’m sure you’ve all been hated on at some point by buttfuck people.” Christina didn’t really elaborate on where precisely Buttfuck is — Butte, Montana is the closest result we found on Google Maps — but we’re likely citizens of Buttfuck as well, since we felt the hypersexual lyrics of her new single “Your Body” had “a certain desperation” to them. To paraphrase Neil Young, “Everybody knows this is Buttfuck.”

Aguilera was simply (albeit poorly) stating that she’s not going to let the critics and gossip writers — many of whom despised her last album, Bionic, or frowned upon her relationship decisions — get her down. However, by referring to critics as “buttfuck people,” she’s instead invited yet another wave of the “hate shit” that she tries so hard to ignore. One thing’s for certain though: Whenever Aguilera announces her next jaunt in support of her upcoming album Lotus, don’t expect “Buttfuck, USA” to be a stop on the tour.

Speaking of Lotus, here’s the list of songs appearing on its standard version:
“Army of Me”
“Red Hot Kinda Love”
“Make the World Move” (featuring CeeLo Green)
“Your Body”
“Let There Be Love”
“Sing for Me”
“Blank Page”
“Cease Fire”
“Around the World”
“Circles”
“Best of Me”
“Just a Fool” (featuring Blake Shelton)