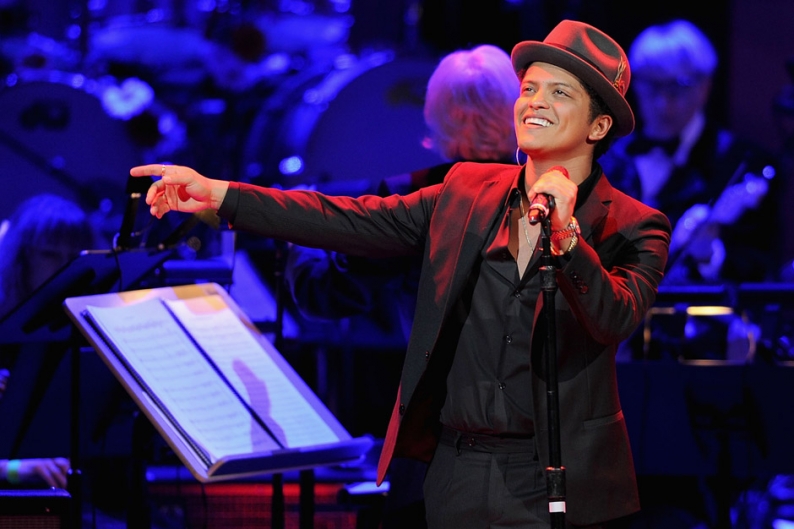 With Justin Timberlake off pursuing the dramatic arts (and Jessical Biel) full time, Bruno Mars is making a play for the crooner-who-also-does-sketch-comedy throne. The “Lazy Song” singer will host and serve as musical guest on the October 20 episode of Saturday Night Live, NBC announced Monday (October 1). That puts him in the company of SNL double-threats before him Mick Jagger, Elton John, Janet Jackson, Britney Spears, Jon Bon Jovi, Taylor Swift, and yes, Justin Timberlake.  The retro-styled balladeer doesn’t have many acting credits yet to his name — excepting his less “funny,” more “die” Funny or Die short, “Whatta Man,” and that one time he was on Sesame Street.

Mars previously appeared on the late-night telecast in 2010, in support of his debut studio album Doo-Wops & Hooligans. This time around he’ll be pimping his follow-up, Unorthodox Jukebox, scheduled to hit in December, and its lead single “Locked Out Of Heaven.” The uptempo love-your-sex song glues together Police-sounding ska-pop and a clapping, EDM-tent-at-Coachella chorus. Hear it down there.