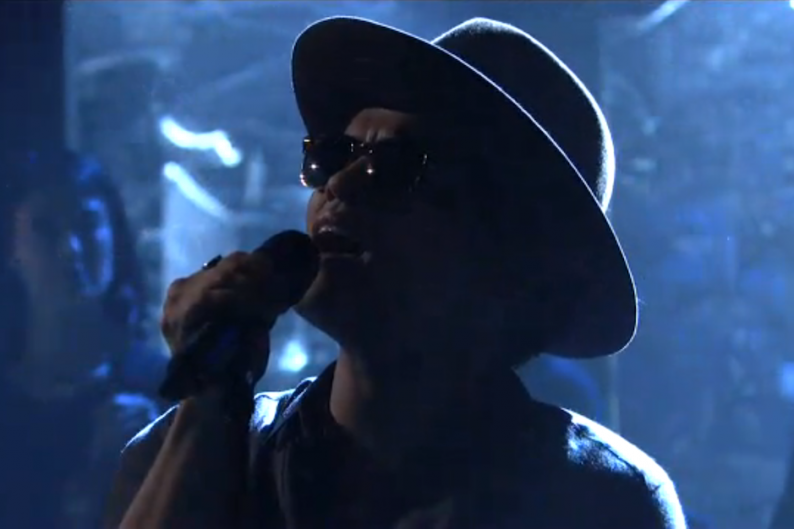 Unorthodox Jukebox is the title of Bruno Mars’ forthcoming album, and it could also aptly describe the most memorable part of the pop singer’s appearance on Saturday Night Live over the weekend. Joining the pantheon of artists pulling double duty by serving as both the host and musical guest on SNL, Mars turned out to funny and charming. A highlight was a Pandora-themed sketch, where Mars did his hilariously caricatured impressions of Green Day, Aerosmith, Katy Perry, Justin Bieber, Louis Armstrong, and Michael Jackson. It’s all in the glove.

NBC couldn’t post the clip due to copyright reasons, but it’s floating around online; check it out below while it lasts. The show also amusing mocked the Juggalos with a sketch packed with references to the presidential campaign (“binders full of women” is the new Seamus the dog). Oh yeah, and Mars performed an eclectic pair of tracks from his December 11 album: the Police-via-Gotye ska-pop single “Locked Out of Heaven” and the melodramatic piano ballad “Young Wild Girls.” Watch it all below, starting with Mars’ self-effacing opening monologue.