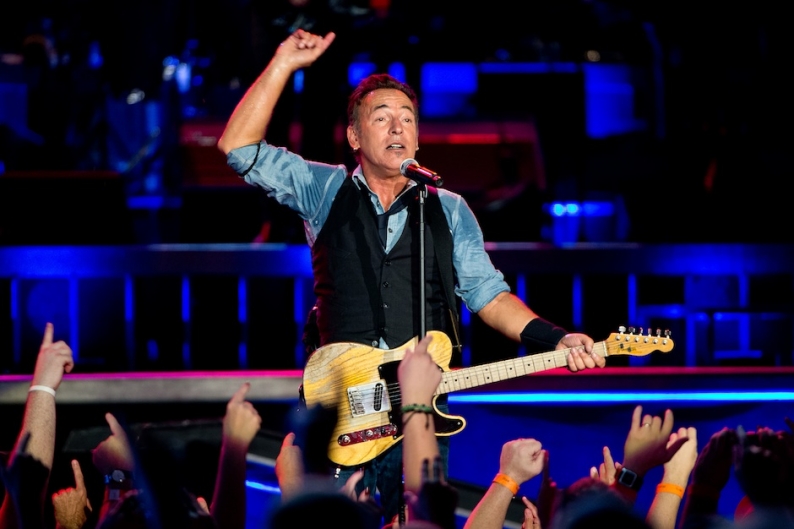 Bruce Springsteen is taking his commitment to marriage equality to the next level. The Boss has been an advocate of the issue since coming out in support of same-sex marriage in New Jersey with a post on his personal blog in 2009; now, he’s using those same words in a new campaign by the Four 2012, an organization committed to passing marriage equality ballot initiatives in Maine, Maryland, Minnesota, and Washington.

In doing so, Springsteen joins the rest of the Democratic Party, who became the first major American political party to support marriage equality in its platform at their national convention a month ago. That move was instigated by Newark Mayor Cory Booker, who was also one of the first to retweet the Four 2012’s announcement of Springsteen’s endorsement.

According to the Huffington Post, Springsteen quoted Garden State Governor John Corzine, who believes gay marriage to be “a civil rights issue that must be approved to assure that every citizen is treated equally under the law.” He continues, in typically epic Springsteen fashion, to urge, “equal treatment for our gay and lesbian brothers and sisters to let their voices be heard now.”

Though Springsteen’s “We Take Care Of Our Own” got a 409 percent bump in sales after President Barack Obama used it as his walk-off music following his Convention speech on September 9, the all-American rocker has said he isn’t planning to officially stump for Obama’s re-election. “I prefer to stay on the sidelines,” he told ABC News. “I genuinely believe an artist [is] supposed to be the canary in the coal mine, and you’re better off with a certain distance from the seat of power.” 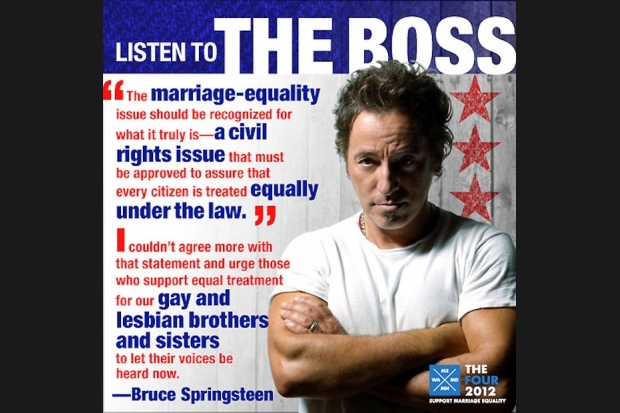