Who Charted? Mumford Takes All, Deadmau5 Squeaks In 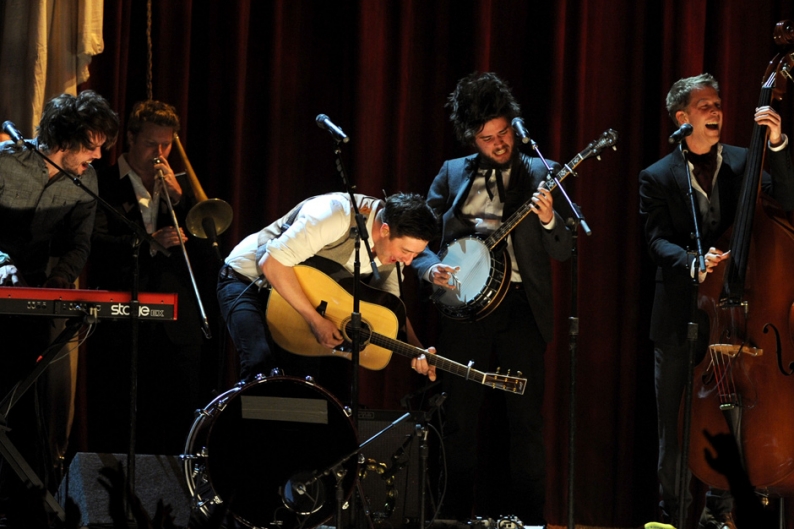 First! Mumford and Sons are number one with a bullet (or perhaps an arrow shot from the string of a banjo). The British bluegrass revivalists blew past pop icons Justin Bieber, Madonna, and last week’s chart-topping Pink to score the biggest debut sales week of 2012 with a whopping 600,000 units moved of their solidly vanilla second album, Babel. It seems they now speak the language of the middle — what else could account for their besting the Biebz nearly twofold (he nabbed 374K for Believe), and scoring the biggest sales week, period, for a rock record since AC/DC’s totally not awful Black Ice in 2008? They also set a record for Spotify album streams and came in second to Lady Gaga on digital LP sales. SPIN’s own Marc Hogan ran down the band’s victories earlier (via Billboard). We will wait.

Underexposed: Thanks to the Hot 100 dominance of Maroon 5’s Overexposed single, “One More Night,” it’ll be at least one more week until we have to see South Korea’s PSY do his inescapable horse dance shirtless. According to Billboard, the viral phenom has promised to perform the “Gangnam Style” steps “topless in a place where everyone can watch,” which if you’re PSY is pretty much anywhere cameras go. Fear not, moobs fans — he may win next week.

A Billion Here: Year-to-date digital song sales hit one billion this past week, which is 6 percent higher than they were at the same mark in 2011. Meanwhile, overall LP sales are down 4 percent with 218.4 million. If the album is indeed dying, it’s a slow death.