On the issue of gay rights, the political is deeply personal for Ben Gibbard 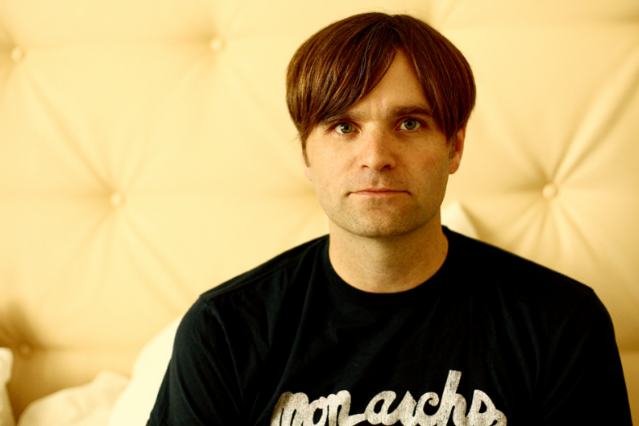 I know there are many issues going around in this election, but I’ve been very active with an organization called Music for Marriage Equality, which is trying to pass Referendum 74, which would approve gay marriage in Washington State. This is an issue that’s close to my heart because my sister is gay. She’s married to an amazing woman and it’s not a union that is recognized by the state of Washington, or many other states for that matter.

Here in Washington, the governor, Chris Gregoire, voted [gay marriage] into law earlier this year, and the religious righters began to accrue enough signatures to basically put it to a popular vote. Other states have tried and failed to do this in the past. I see this state’s referendum as a national issue because if Washington can pass this referendum, we can become the first state to pass it by popular vote, and I really believe that will set off a domino effect throughout the country. Once people see that a popular vote can solve the matter, we can move towards full equality.

The Democrats have gone on record as saying that they’re in support of marriage equality and the Republicans are not. I am not a registered Democrat, nor am I a registered Republican, but in my opinion there are multiple reasons to vote Democrat in this election and in every election. The Republicans have decided that they want to play to a religious conservative base and that they want to take a stand on what I firmly believe is the wrong side of this issue. When we look back on this issue, say in thirty years, it will be difficult for people to answer questions about why they were on the wrong side: “Why were you against gay marriage? Why would you feel that was the right position to take?” It’s similar to someone trying to answer questions about why they were against the civil rights movement. What possible reason could you have outside of sheer bigotry for being against this? It’s bigotry and ignorance and intolerance that makes people take the position of refusing to extend equality to every person in this country. I firmly believe that this is the most important civil rights issue of our generation.

As told to David Marchese