Survey respondents would rather hear "Bat Out of Hell" than go all the way tonight, tonight 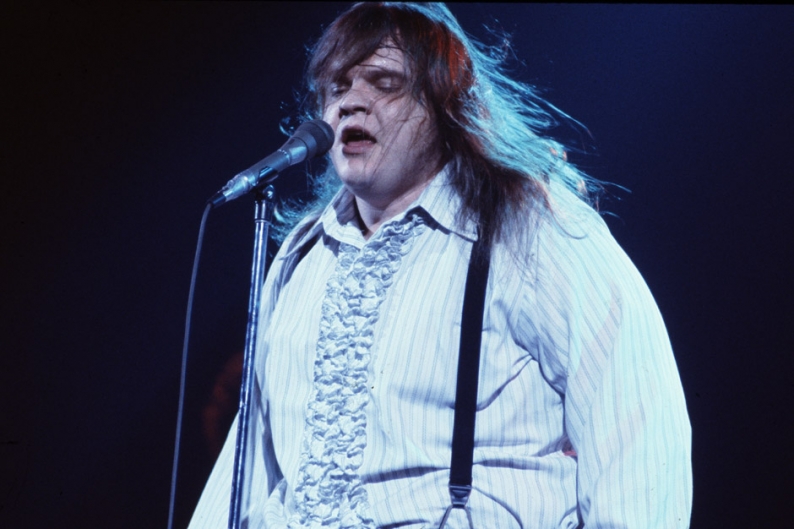 They didn’t take the words right out of our mouths: In a survey commissioned by music streaming service Spotify, respondents indicated that they would rather listen to the grunts and wails of Meat Loaf’s apotheosis of theatrical hard-rock overkill “Bat Out of Hell” than to their own grunts and wails.

Psychologist Daniel Müllensiefen, investigating “the important role music plays in the romantic endeavours of humans” as part of Spotify’s “Science Behind the Song” study, asked 2,000 people to list the songs they deemed better than sex. The nearly ten-minute opening track to Mr. Loaf’s 1977 album of the same name ranked at number four, ahead of Bon Jovi’s “Living on a Prayer,” but behind Robbie Williams’ “Angels” and Kings of Leon’s “Sex on Fire.” Queen’s “Bohemian Rhapsody” trumped them all, however, and was voted the No. 1 song people preferred to making love.

(To be fair, participants were only able to choose from Spotify’s limited catalog of songs. Not currently available through the service are tunes by the Beatles, AC/DC, Pink Floyd, Metallica, and Led Zeppelin’s rock-and-roll equivalent to sex, “Whole Lotta Love.”)

The study — which sampled an almost-even gender split of people between the ages of 18 and 91 — also found that the well-aging Dirty Dancing soundtrack doubles as the best playlist for doing the deed.

“The fact that Dirty Dancing has come top on the list of the best tracks to play during sex for both men and women is due to the fact that most people have a good knowledge of songs that represent romance and these tend to be from cultural references such as film,” Dr. Müllensiefen said. “People use this music to not only communicate their intentions in a romantic situation but to directly alter the mood during an encounter.”

Marvin Gaye’s “Sexual Healing” and “Let’s Get It On” predictably topped the list of best songs for getting “in the mood,” followed by “any song by Barry White.” Participants also named Gaye’s “Let’s Get It On” as the best background music for a romantic dinner and ABBA’s “Dancing Queen” as the best track for flirting on the dance floor. On the whole, more than 40 percent of people surveyed said that the music they listened to while having sex was more likely to turn them on than the touch of their partner.

“It is no surprise that so many respondents claimed to find music arousing in the bedroom,” Dr. Müllensiefen said. “From neuro-scientific research we know that music can activate the same pleasure centres of the brain that also respond to much less abstract rewards such as food, drugs, or indeed sex.”

And unlike that regrettable one-night stand, the music won’t be gone when the morning comes.