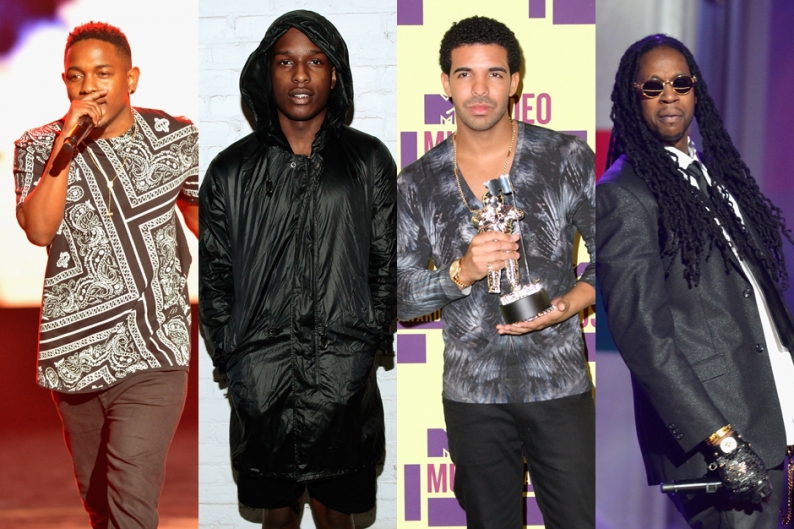 UPDATE: The SoundCloud upload shared by Drake’s blog no longer works, so we’ve embedded a YouTube version instead. Also, while Octobers Very Own identified the track as “Problems,” the official title appears to be “Fuckin’ Problem.” Glad to clear the air on that.

Lest RZA have all of the fun organizing delightfully over-the-top collaborations, A$AP Rocky has wrangled Drake, 2 Chainz, and SPIN star Kendrick Lamar for a new song called “Problems.” (Or, “Fuckin’ Problem” as Complex dubbed it in their premiere.) The track finds Chainz on the chorus, belting out lines about his love for “bad bitches” and the “fuckin’ problem” said affection has become. This is an affliction that the three other men apparently know too well, as they go in on the topic with the ease of old pros. Rocky slips in a “Shimmy Shimmy Ya” shout-out to Ol’ Dirty Bastard (and perhaps a nod to Mos Def), while Drake takes a decidedly unsubtle tack: “Lord, I don’t really say this often, but this long-dick nigga ain’t for the long talkin’.” Noted.