"Really, really explicit ... the realest song I ever recorded" 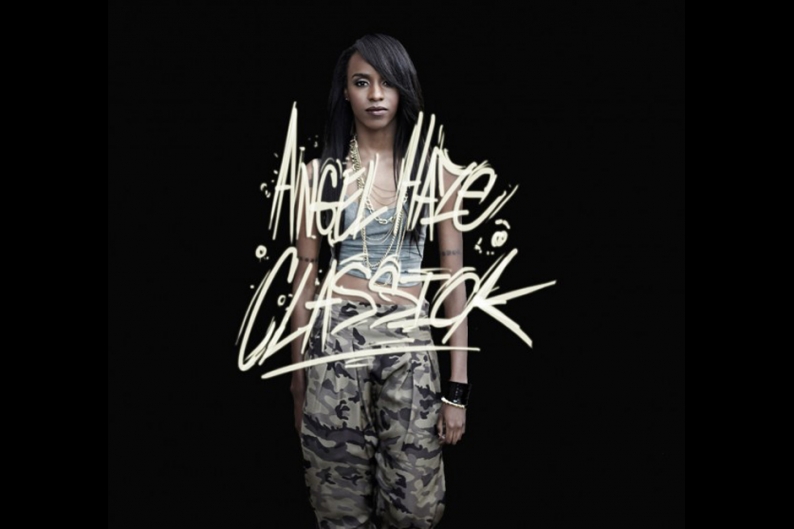 Hip-hop’s role has often provided a voice for the voiceless, but it hasn’t been a consistently revolutionary medium for women, to say the least. Seemingly aiming to change that, New York rap upstart Angel Haze dives fearlessly into the broadly verboten topic of sexual abuse in her startlingly graphic new song, “Cleaning Out My Closet,” which borrows its beat and sobering tone from Eminem’s expository 2002 original “Cleanin’ Out My Closet.”

Haze stated via press release, “[I] would like to start out by saying its really, really explicit and probably the realest song I’ve ever recorded. Forgive me if it’s a little out there, but it’s something I felt I honestly had to do.”

The first sign of what’s to come: “When I was 7, envision me at the bottom of stairs / And I solemnly swear that this is the truth, no fallacy here / See I was young, man, I was just a toddler, a kid / And he wasn’t the first to successfully try what he did.”

What follows is brutally heavy and, yes, explicit, but every detail goes to exposing the horrors of rape, with equal attention to the physical and mental anguish endured by the victim. If the truly awful things that Haze raps about indeed happened to her — and we’re not suggesting that they didn’t — then it’s safe to say she’s made some incredible strides to become the insightful, confident, and razor-sharp MC that she’s proved herself to be.

Eminem’s “Cleanin’ Out My Closet” was a noted departure from his puckish Slim Shady alter-ego, and found him detailing the challenges he faced growing up the son of a deadbeat dad and a pill-addicted mother who abused him as a result of Münchausen syndrome by proxy.