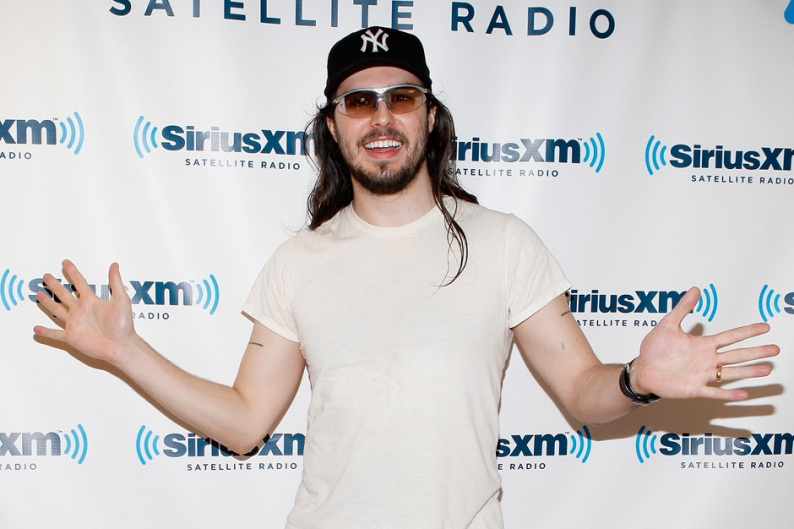 On Friday, Andrew W.K. took a trip to a magical land called Canterlot Gardens. Although it may look like a Holiday Inn in Strongsville, Ohio, to the pack of Bronies gathered therein, it was a safe place to mix, mingle, and bond with other grown men over their shared obsession with My Little Pony: Friendship Is Magic. As promised, music’s premier party animal hosted an hour-long panel at the MLP convention.

“A lot of adults confuse growing up with a sense of seriousness, boringness,” he said to the packed room, before assuring them that, “Whatever you want to play with, it’s okay. It’s not only okay, it’s good. This is a forward-thinking, advanced movement that is ahead of the curve.” You know, like Dadaists, those guys that brought us the Rennaissance, or the disciples of Aristotle.

Early in the discussion, W.K. admitted that he isn’t necessarily a Pony expert and that he “in some ways may be an outsider to this phenomenon.” But one enthused fan set him straight: “There is no such thing!” Clearly moved, W.K. responded, “And that’s what’s been so moving about this. It’s already been one of the most intense experiences of my entire life.”

He returned the favor by shooting off a confetti cannon and responding to questions from the crowd. He discussed his 2009 Japanese-released tribute to the anime series Gundam, and welcomed those gathered to download it illegally: “I made this music and all this stuff to be experienced. Not to be bought or sold … Please always feel free. I’ll be happy that you want it at all. I really mean that.”

He also spoke about overcoming bullying by applying the well-tested tenets of his party hard philosophy, and explained the reason for his Brony solidarity. “I feel like it’s a group of people that I can relate to in that they’re like no one else, and that’s the kind of person I want to be … So congratulations on being individuals, and part of a herd!”

You can watch the entire panel below thanks to an ambitious YouTuber and Stereogum, who shared it first.