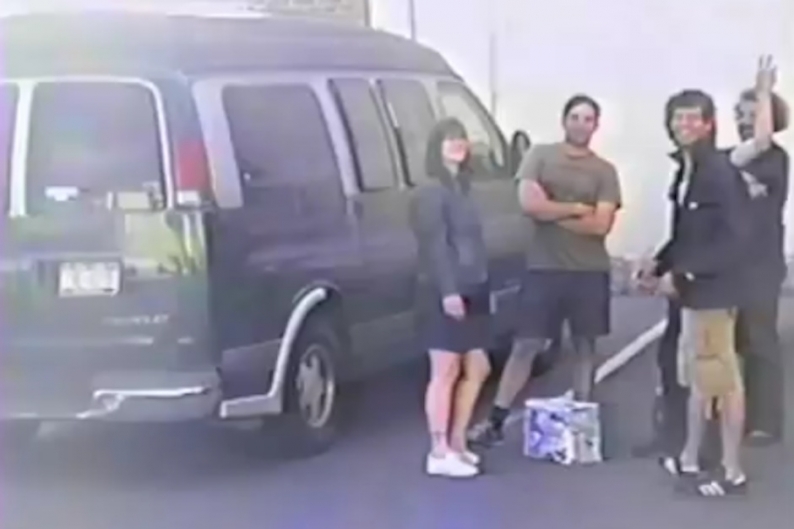 In SPIN’s review of Nude Beach’s new album II, Chris Martins argues that the Brooklyn-based, Long Island-raised band filters vintage heartland rock through strikingly contemporary heart-on-sleeve solipsism. Advance single “Radio” is a case in point, as lead singer and guitarist Chuck Betz howls at the titular broadcast device — not to be heard, not to request something he knows, but just to be spared from that “sad song I don’t wanna hear.” The video, newly posted by Pitchfork, visually embodies both the song’s free-wheeling spirit and its personal ache: It’s a rush of shaky video footage of Nude Beach traveling around the country, playing onstage, drinking, playing arcade games, and generally goofing around. The weathered, analogue look suggests it could almost have been recorded any time in the past decade or two — Cub’s 1994 “New York City” video comes to mind — but the over-sharing nature of this clip is definitively 2012.