Or did MTV just make a really crappy two-hour show? 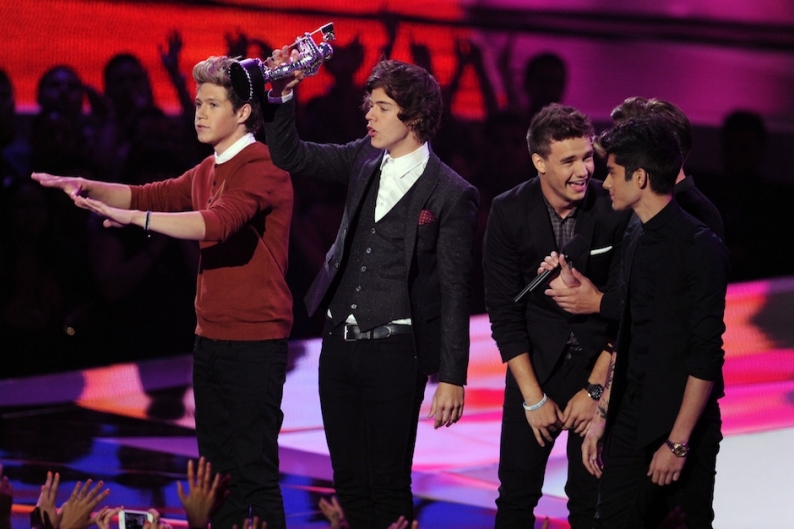 Good thing the VMAs aren’t running for office. The numbers are in and the 28th annual installment of the ceremony logged a piddling 6.1 million viewers — that’s less than half of last year’s record-setting 12.4 million haul. As the Washington Post points out, it’s also less than half of audience President Obama racked up for his Democratic National Convention acceptance speech via NBC alone.

The VMAs had been moved to stay out of the way of the address, but that could have caused a problem as well. While they typically begin at 9 p.m. and take place on a Sunday, the proceedings were pushed back an hour and kept to a tight 120 minutes. And while the show was broadcast live on the East Coast, it was tape-delayed by three hours in the West, giving people a chance to hear just how boring it all was.

MTV lacked the wow factor of a mega Lady Gaga or Britney Spears performance and, in a bout of apparent loss-cutting, focused instead on courting the teenybopper for whom One Direction’s ranking over Justin Bieber or the Wanted is a matter of life or death. Only one nod to rock made the broadcast, and it was a fairly limp Green Day tune.

It was, in fact, the worst night the VMAs have had since the 2006 show clocked 5.8 million. The human species has grown by half a billion since, so these new numbers are even worse than they look. As much as we’d like to blame Kevin Hart’s lame Frank Ocean jokes for turning fans away in the first ten minutes, the reality is most likely far more complicated (but probably still related).

Speaking of jokes, we’ve gotta give it up to the Post one last time for providing this Moment of Zen: “On the other hand, the VMAs snagged more than twice as many viewers as watched Obama’s address on Fox News Channel.” Unfortunately, we know that R.E.M.’s camp contributed to those numbers.