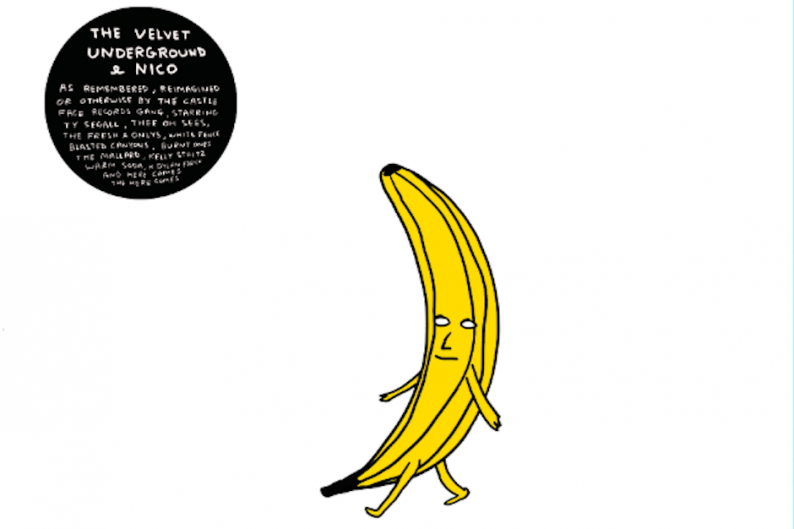 A diamond anniversary traditionally means 75 years. With Britain’s Queen Victoria way back in 1897, that changed to a mere 60 years, and the result was Grace Jones hula-hooping at Queen Elizabeth II’s Diamond Jubilee this past June. While people traditionally celebrate a 50th anniversary a whole lot more than a 45th, the Velvet Underground appear to be following a kind of royal logic. And hey, that might even be appropriate considering their reigning status as proto-punk luminaries.

VU’s plans for their 1967 debut album The Velvet Underground and Nico’s Big Four-Five just got a bit more lavish. California indie Castle Face Records, together with Universal Music, is releasing a full-length tribute to the classic album, featuring cover versions by such present-day Bay Area psych rockers as Ty Segall, the Fresh & Onlys, Thee Oh Sees, White Fence, Kelley Stoltz, and more. The record is due out on November 6 and limited to 1,000 copies on “banana yellow” vinyl, with artwork by music-loving Scottish cartoonist David Shrigley. The track list is below, via Pitchfork, which notes that individual songs from the tribute will hit the Internet from October 15-29.

But you won’t have to wait that long to own a fresh copy of “Waiting for the Man.” On October 1, Universal’s massive six-disc reissue of The Velvet Underground and Nico arrives. Meanwhile, the Velvet Underground’s trademark case involving Andy Warhol’s iconic banana cover art continues apace, though happily Lou Reed has shown he can have a sense of humor about it. Speaking of which, anything in store for Reed-Metallica collaborative album Lulu’s paper anniversary this Halloween? (We’d celebrate its 11-month anniversary but, you know the saying, “30 days has September…”)