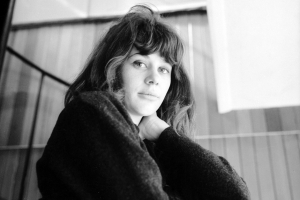 By the time AnCo collaborated with the English folksinger Vashti Bunyan on 2005’s Prospect Hummer, she’d spent the majority of the previous 35 years on the Irish countryside raising children and animals. During the break, her debut 1970’s Just Another Diamond Day grew a cult following. Like AnCo, Vashti’s impeccably gentle sense of psychedelia is rooted not in outer space but the strange and beautiful life found in her backyard. Later in 2005, she released a second album, Lookaftering. Some artists mellow with age and sound lackluster; in Vashti Bunyan’s case, mellowing only made her music more what it promised to be in the first place.