‘The Voice’ Sees Your Nicki and Mariah, Raises You Usher and Shakira 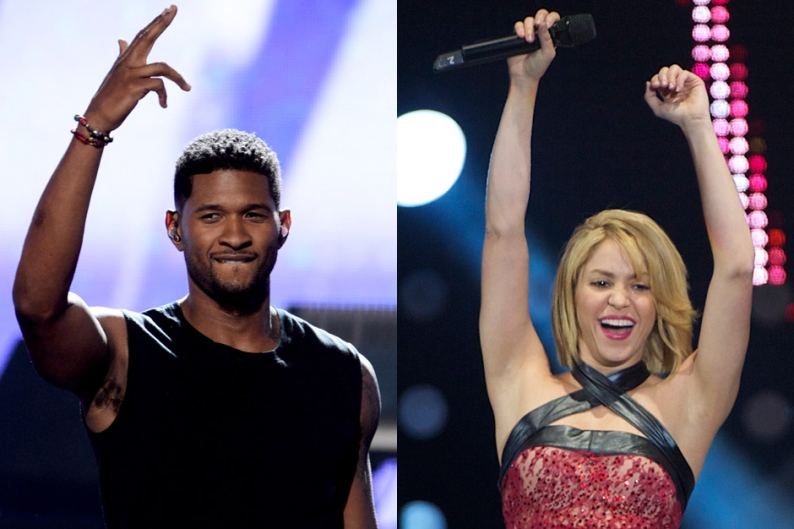 NBC is set to escalate the reality-TV singing competition arms race with the addition of Usher and Shakira to The Voice’s judging arsenal this winter, THR reports. Both singers are said to be near deals to swivel in the show’s big red chairs in its fourth season, though it’s unclear — but not hard to guess — just whom they will replace.

On Wednesday (September 12), Christina Aguilera told Billboard that her commitment to The Voice “kept me away from my heart, which is creating my own music,” though the article in which the quote appeared was quickly taken down. Soon after, Ryan Seacrest premiered her Max Martin-produced comeback single “Your Body,” and Aguilera announced the name and release date of her new album. (It’s called Lotus, and it’s due November 13.) She is said to be readying a tour in support of the release.

Presuming Shakira steps in to fill the blond pop diva void created by Aguilera’s exit, where will Usher rest his rear? Probably in Cee Lo Green’s well-worn chair. The “Fuck You” weirdo postponed the August kickoff of his Las Vegas residency, “Cee Lo Green Is Loberace,” until early 2013 due to scheduling conflicts with The Voice. Free of the singing competition’s rigorous three-nights-a-week airing schedule, Green — and his brand new company Emerald Productions — will have plenty of time to pursue that project, as well as his first-look deal to develop new scripted and unscripted television projects, including a sitcom based on his life, for the peacock network.

But will the combined star power of Shakira and Usher be enough to bolster the ailing talent show as it goes up against American Idol’s $30 million catfight investment in Mariah Carey and Nicki Minaj? Maybe! Idol’s two-hour season 11 finale last May was the least watched finale in the show’s history, despite the presence of Latin audience-getter Jennifer Lopez and kooky grandma Steven Tyler. In its second week of Season 3, The Voice, original lineup intact, still managed to lead the ratings, beating Britney Spears on The X Factor and Howard Stern on America’s Got Talent.