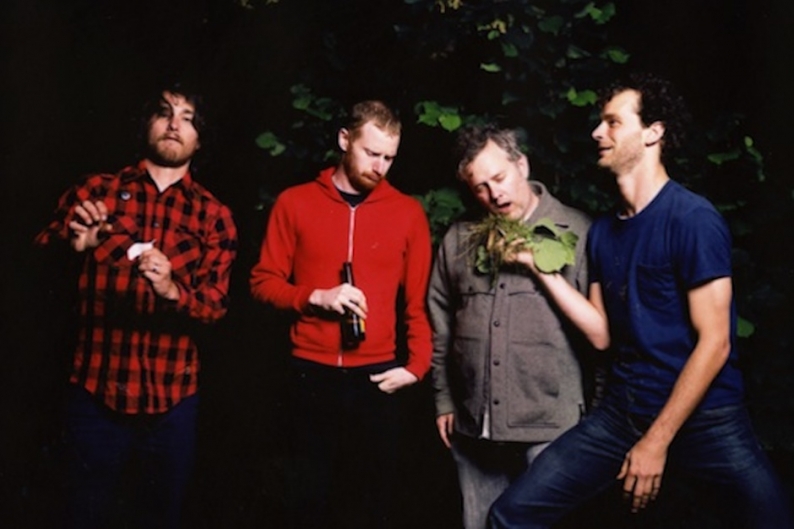 Two weeks ago, we posted “Toil,” a sample of Unnatural Helpers’ forthcoming Land Grab LP that could have only been made in the city of their birth: Seattle. Though the outfit began as a feral garage-rock foursome comprised entirely of Sub Pop employees, lineup changes (main man Dean Whitmore remains the only constant) haven’t caused them to stray too far from a sound Whitmore’s former co-worker and onetime tourmate, Mudhoney’s Mark Arm, helped make famous in the late ’80s and early ’90s. Today, you can hear the record in its gloriously indigestive entirety, as recorded and mixed by former Fastbacks frontman and local lifer Kurt Bloch.