From the Nashville punks' 'Butter' LP 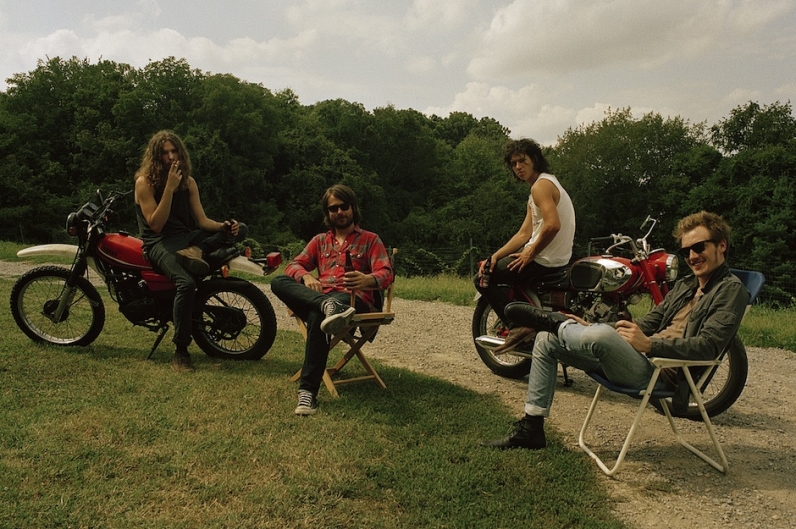 The garage-punkin’ Nashvillians in Turbo Fruits are looking more badass every day. First, they cleaned house and added dudes who can grow facial hair (apologies to main man Jonas Stein), then they dropped that coiffed swooner called “Sweet Thing,” and now they’re hanging out with biker gangs in the video for “Harley Dollar Bill$.”

As it turns out, these boys have a thing for hogs, which is what this song is all about. But instead of witnessing from afar, the band basically stalked infamous local motorcycle club, Best of Both Worlds MC, until they so deeply got within their good graces that the outlaws let director Michael Carter in to capture a ton of candid footage. It’s a rad music video for a solidly rocking song about the call of the open road, but it’s also a fascinating glimpse into the world of a usually camera-shy bunch who must’ve thought the Fruits were cool enough to party with. Your move, Black Rebel Motorcycle Club. Also, R.I.P. RoBaby.