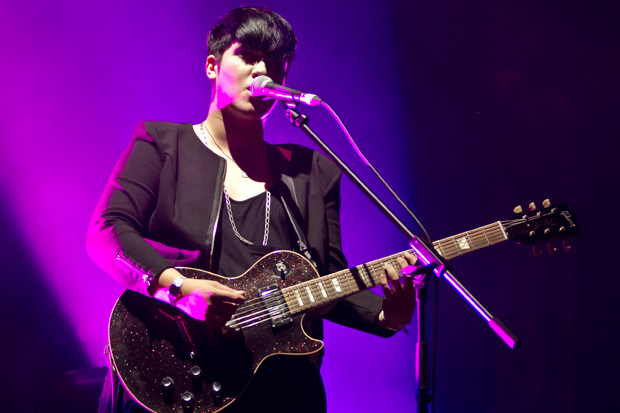 Four Tet has been spending most of his time on the dance floor lately, from his DJ gigs at venues like Fabric and Creamfields to the chunky, percussive output of his Text Records label. (He recently collected eight of Text’s throbbingest cuts on his latest album, Pink; read our review here.) But even dyed-in-the-wool rug cutters need their snuggle time, as he suggests on his new remix of the xx’s “Angels.”

The remix premiered on BBC Radio One last night following the British trio’s performance alongside the BBC Philharmonic Orchestra, and now FACT comes through with the radio rip, via Beats Per Minute. Accentuating the lullaby-like quality of the original, Hebden steers clear of the broken-beat house and techno of his recent singles and instead hones in on Romy Madley Croft’s limpid voice, framing it in faraway bleeps and rustling, incidental rhythms. The effect is part music box, part snow globe — particularly in a grainy, shuffling passage that sounds like an outtake from Hebden’s sessions with Burial. The whispered introduction from Oliver Sim and Stephens only adds to the sleepytime vibes.

Check out the full broadcast — in which the band highlights a few of their current favorite tracks, including tunes from Daphni, Destiny’s Child, and Omar-S (!) — here before it gets taken down next week.