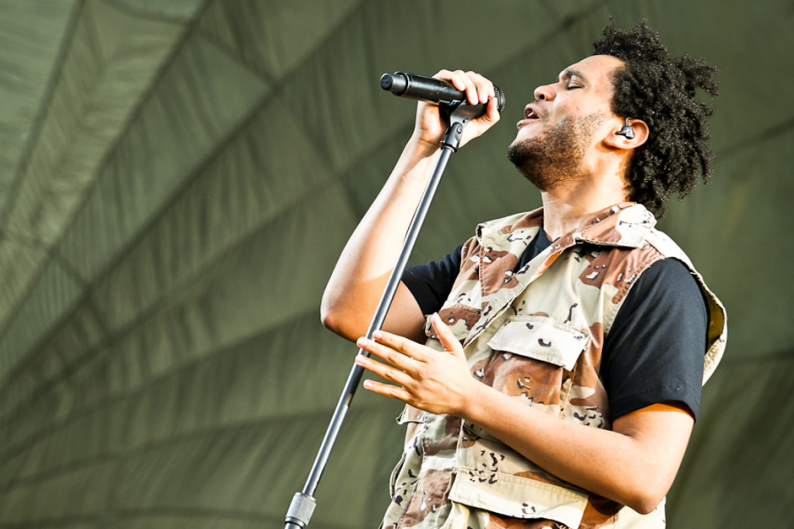 The Weeknd, like Lynyrd Skynyrd, is as free as a bird, and this bird you’ll never change. With this theme, “The Birds (Part 1),” from the second of Canadian outre-R&B auteur Abel Tesfaye’s three free mixtapes last year, Thursday, is an apt a summation of the Weeknd’s unromantic, antihero take on slinky slow jams as anything. The spacily percussive, Timbaland-futurist track is also a testament to the influence that this Drake pal and his aesthetic have had on broader pop culture: Omnipresent rapper 2 Chainz sampled it on his summer release Based on a T.R.U. Story.

Thursday also contains “The Birds (Part 2),” which adds reverberant guitar and creepy audio samples to the original’s hook, and as the Weeknd news website the Weeknd XO points out (via Dajaz1.com), he returned to the song on Friday night during a concert in Chicago. It’s difficult to make out too much from the sub-two-minute fan footage, but what various websites are dubbing “The Birds (Part 3) appears to include some new lyrics and some high-pitched vocals. “I thought I told you a long time ago,” Tesfaye croons.

A Universal Republic spokesperson didn’t immediately respond to an email asking whether “The Birds (Part 3)” will appear on the upcoming official release of the Weekend’s Trilogy, set for November 13. The Weeknd has already unveiled a clean edit of the record’s retooled “Wicked Games.” Meanwhile, Tesfaye recently hinted via Twitter that tentative bonus track titles include “Twenty Eight,” “Valerie,” and “Till Dawn.” No “Sweet Home Ontario”?