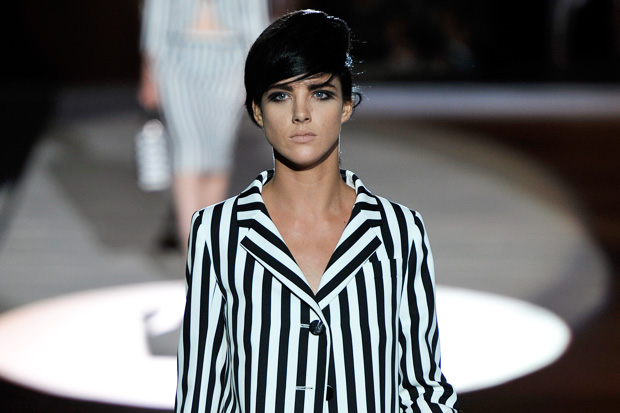 RODARTE
Die Antwoord played Alex Wang’s party, but is it possible the Mulleavy sisters have been taken by Yo-Landi Visser’s alien sex fiend steez as well? Rodarte dressed up their signature hyper-feminine shapes with contrasting ivy-print paneling and a chainmail cut-out frock that proves they’ve been sweating “Game of Thrones,” too.