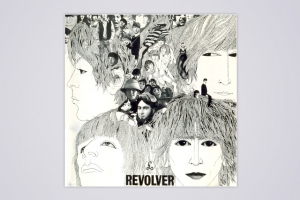 The Beatles’ seventh studio full-length was not only a rapid departure from its largely acoustic, folk-inflected predecessor, 1965’s Rubber Soul, it was a kaleidoscopic break from anything pop music had proffered before. Though the Fab Four experimented in just about every way possible — phased vocals (“And Your Bird Can Sing”), dreamlike guitars running in reverse (“I’m Only Sleeping”), the wild abuse of tape loops (“Tomorrow Never Knows”) — the songwriting was as strong as it had ever been. Its dissonance was modern, and the wake it’s left is audible in everything Animal Collective has achieved.

Geologist: I think the Beatles album I’ve always liked the most is Revolver. I think in the context of Centipede Hz, you’d kind of have to go with “Tomorrow Never Knows.” We all grew up as huge Beatles fans. My parents were huge Beatles fans. I think it was through becoming a big Syd Barrett fan that corrected a lot of the misconceptions that John Lennon was actually the more experimental Beatle. No, it was actually Paul McCartney. He was the one that was into the more British psychedelic avant-garde stuff. And he was the one that did all the tape loops on “Tomorrow Never Knows.” It’s interesting that Paul McCartney wasn’t doing it because it was psychedelic or anything. It was because someone actually played him a Stockhausen record before psychedelia went huge. When I was 17 or 18, I started unscrewing cassette tapes and cutting them and making my own loops. For what I do in the band, the idea of fusing more experimental sounds and techniques into a rock song, that was huge for me.