Swift pays emotional tribute to boy who died from cancer 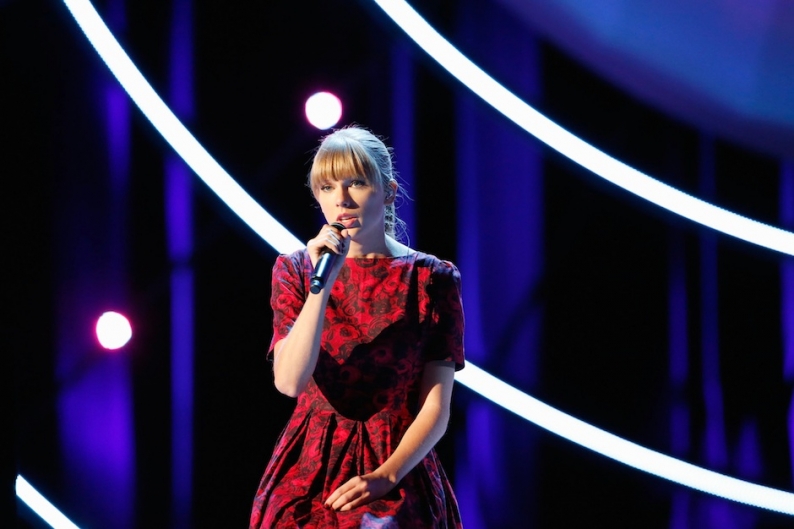 Forget dubstep breakdowns. Forget celebrity gossip. Of all the curveballs Taylor Swift has said she has planned for her upcoming album Red, Friday night’s debut of “Ronan” at the “Stand Up to Cancer” telethon might be the biggest so far. No longer is she singing the story of us — by which we mean, the story of Taylor Swift the perpetually surprised global brand. In a bit of a refreshing change, this song is about someone else altogether.

And what a someone else. Art about dead children can be tricky territory, because the inherently tragic subject matter risks overwhelming the artistry, or, worse yet, rendering art irrelevant because there’s no silver lining to the loss of a child — a problem stared down by bereaved parents from the novelist Aleksander Hemon to the eco-conscious Minnesota indie rockers Cloud Cult. Swift’s soft-rock ballad “Ronan,” inspired by a Phoenix mother’s heartfelt blog post about a young son she lost to cancer, certainly doesn’t shy away from bathos. But the vivid bedside details from mother Maya Thompson, who received a co-writing credit, might leave even the most jaded soul a bit choked up: “You were my best four years,” Swift sings, with just the right amount of quavering emotion.

The song, which quickly topped Swift’s previous Red single “We Are Never Ever Getting Back Together” on the iTunes charts, as AZCentral.com reports, combines with the thespian-style spoken-word narration of its predecessor hit to suggest that Red might find Swift embodying multiple roles, rather than singing as the familiar Taylor Swift character we’ve come to expect. Given the way speculation about which famous person was the subject of her songs on 2010’s Speak Now threatened to drown out the enduring appeal of tracks like “Mean,” or even the admittedly speculation-friendly “Dear John,” turning her inspiration outward could be a good look. Red arrives on October 22, by which time we hope to locate our handkerchiefs.