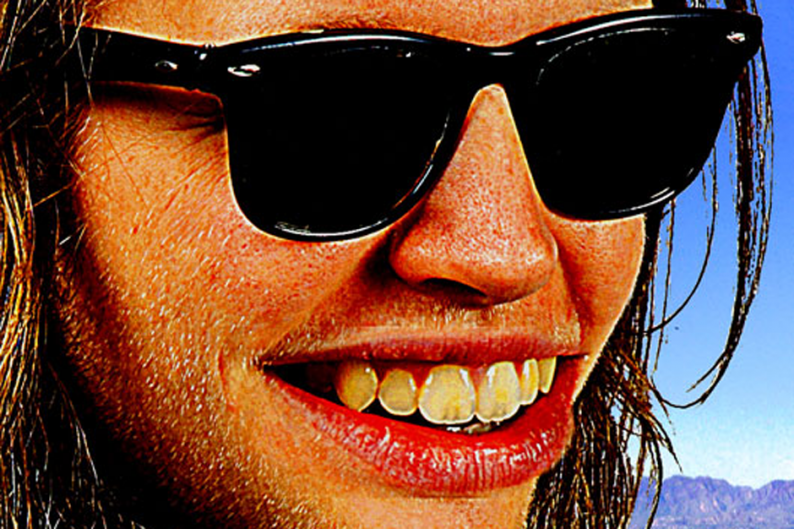 Some Freaking Velvety Acid? Somewhat Fungible and Variable Acid? Stealthy Far-out Voluptuous Acid? We could keep playing this game all day, but the “SFV” in Zane Reynolds’ alias is actually pretty prosaic: San Fernando Valley, our hero’s home stomping grounds. Reynolds’ new EP for New York’s UNO label, however, is anything but prosaic. Sure, it’s retro, in the sense that it’s heavy on the TB-303 bass squelch and crisp, clattering analog drum machines of 1980s acid house, but you get the sense that he’s none too hung up on vintage verisimilitude; instead, the record’s five tracks are driven by an unfailing ear for spine-tingling electronic sounds and a squirrelly sense of play.

“Ashland Summer” opens with a kick drum like a firecracker in a Rubbermaid trash can, like Big Black by way of Trax Records; from there, it triggers syncopated hand claps as though darting across a room carpeted with mouse traps. Reynolds’ favorite trick is swaddling tough, metallic drums in gauzy synthesizer pads; the grooves are springy, the moods shaded in cool pastels. On “Seaside Cruisin’ Tribe,” we get swinging electro with a faint whiff of Yellow Magic Orchestra. “As Is” — the first of two identically titled tracks — digs into the pensive chords and neck-snapping acid of Aphex Twin’s Gak period; the second “As Is” deploys squishy electro-funk bass whimsy reminiscent of JJ Fuchs’ 2003 oddball obscurity, “Stick It in t’Middle.” And the closing “Bean Criteria” nods to the limpid forest techno of Legowelt and the Pacific coast disco of Reynolds’ SoCal collaborator Suzanne Kraft, kinky as a hairpin highway. Slithering, Flip-Flopping, Vivacious Acid? Why not? Choose your own acronym, and listen to the whole Neighborhood Archives EP here. Originally announced for late September, the record comes out next week; order the 12-inch from the UNO NYC web shop.