Take the expressway back to 1985 (via yr skull) 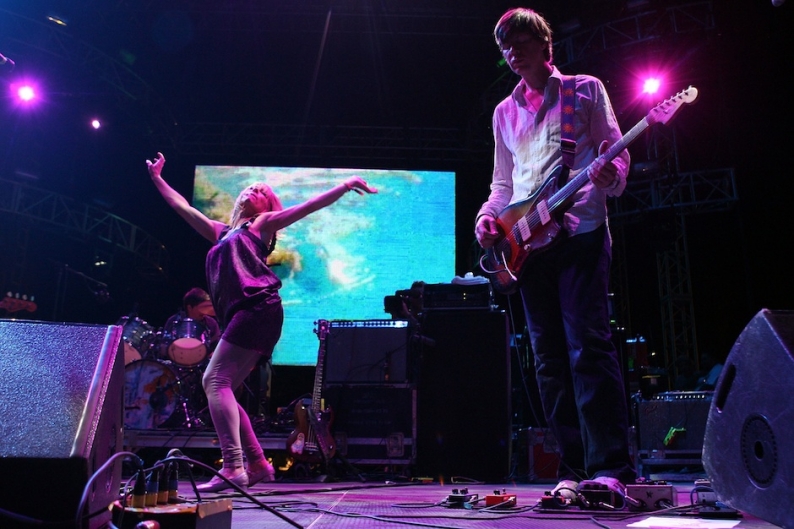 On Sunday, Sonic Youth hyped up some forthcoming news via Twitter, promising a noon announcement for Monday. In light of Lee Ranaldo’s recent hinting that the band will truck forth following the October separation of Kim Gordon and Thurston Moore, fans undoubtedly had high hopes for the follow-up tweet. Could a new album be on the way? The first since 2009’s totally rad The Eternal?

Nope. Instead, the band have their eyes on the past. On November 14, they’ll release a live set from their 1985 show at Chicago’s Smart Bar via their own label Goofin’ Records. It’s no doubt a great one, hailing from the nascent Bad Moon Rising days and including early versions of EVOL songs “Expressway to Yr Skull” and “Secret Girl,” but still — all that hubbub over an archival album?

The nuts and bolts: “Mixed and mastered by the band from the original tape source for this double LP edition w/ download card (or CD or digital edition) along w/ liner notes by Gerard Cosloy and Sonic Youth engineer Aaron Mullan and photos by Pat Blashill and Steven Koress.”